Politics|Understand the Manhattan criminal investigation into Mr. Trump and his business
https://www.nytimes.cf/article/trump-organization-criminal-case.html

Understand the Manhattan criminal investigation into Mr. Trump and his business 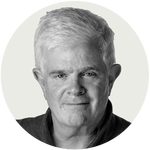 Alvin L. Bragg, the Manhattan district attorney, has been conducting a criminal investigation into whether Mr. Trump or his family business intentionally submitted false property values to potential lenders.

The inquiry faded from view after signs emerged suggesting that Mr. Trump was unlikely to be indicted. But Mr. Bragg said in April that the investigation, which began under his predecessor, Cyrus R. Vance Jr., was continuing, although he did not offer a clear sense of its direction.

Mr. Bragg’s comments came after two prosecutors who had been leading the investigation left the office. One of them, Mark F. Pomerantz, said in a resignation letter published by The Times that he believed the office had enough evidence to charge Mr. Trump with “numerous” felonies. Mr. Pomerantz said that Mr. Bragg’s decision was “contrary to the public interest.”

The investigation has yielded criminal charges against the Trump Organization and its chief financial officer, Allen H. Weisselberg. Mr. Weisselberg pleaded guilty to 15 felonies, admitting that he conspired with Mr. Trump’s company to carry out a scheme to avoid paying taxes on lavish perks. As part of the plea deal, Mr. Weisselberg is required to testify at the company’s trial if prosecutors choose to call on him. The plea deal does not require Mr. Weisselberg to cooperate with the Manhattan district attorney’s broader investigation into Mr. Trump.