U.S.|All of the victims of the Monterey Park shooting have now been identified.
https://www.nytimes.cf/article/monterey-park-shooting-victims.html

All of the victims of the Monterey Park shooting have now been identified.

The 11 people killed on Saturday night at Star Ballroom Dance Studio were six women and five men who ranged in age from 57 to 76. 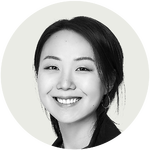 The authorities in Los Angeles on Tuesday released the identities of all 11 people who were killed in the mass shooting Saturday night at a ballroom in Monterey Park. Many of the victims of the attack, which occurred on the eve of Lunar New Year, were older Chinese immigrants.

The six women and five men who were fatally shot at the venue, the Star Ballroom Dance Studio, ranged in age from 57 to 76. The studio was a popular haven in Monterey Park, a Los Angeles suburb that is home to many Chinese and other Asian immigrants. It was frequented by a tight-knit community of devoted dancers who went there to take lessons, socialize and keep active.

Among those killed were the studio’s manager, Ming Ma. A local resident who took classes at Star Ballroom described him as a “kind of community impresario, recruiting dancers to the studio, hosting karaoke nights and staging performances.” Another of the victims, Hong Jian, who was known as Nancy Liu, emigrated from China more than 25 years ago and frequented Star Ballroom.

Here are the names of the victims released by the Los Angeles County Coroner’s Office, which has spelled them differently at various points this week: