For many people across China, a shortage of natural gas and alarmingly cold temperatures are making a difficult winter unbearable. For Li Yongqiang, they mean freezing nights without heat.

“We dare not turn on the heat overnight — after using it for five or six hours, the gas stops again,” Mr. Li, a 45-year-old grocer, said by telephone from his home in northern China’s Hebei Province. “The gas shortage is really affecting our lives.”

The lack of natural gas, which is used widely across China to heat homes and businesses, has angered tens of millions of people and spilled over into caustic complaints on social media.

One person in Hebei Province wrote of waking early four nights a week because she was too cold to sleep despite two comforters on her bed. A viral video on China’s internet shows a high-rise apartment building in a different northern province, Shanxi, with the windows plastered with bright red posters of the sort often seen at Lunar New Year — except that these posters say “cold.”

Already this winter, hundreds of millions of people have caught Covid since Xi Jinping, China’s top leader, abandoned his “zero Covid” policy in early December. That policy had kept infections low but required costly precautions like mass testing — measures that exhausted the budgets of local governments. Many towns and cities now lack the money they need even to pay their own employees, much less to maintain adequate supplies of gas for homes.

The crunch, experts said, has exposed systemic weaknesses in China’s energy regulations and infrastructure, while showing the reach of the global market turmoil provoked last year by Russia’s invasion of Ukraine.

Russia has long been a major supplier of natural gas to China and many regions, particularly Europe. When Russia halted exports to Europe last summer, nations bid up world prices as they stockpiled supplies from elsewhere. A surprisingly warm winter has since helped push gas prices lower in Europe, but the bitter cold is now pushing them even higher in China.

At the same time, China’s provincial and municipal governments have reduced customary subsidies for natural gas consumption that used to keep a lid on heating bills. The national government has responded by telling local governments to provide heat, without giving them money to pay for it. As a result, gas is effectively being rationed, with households receiving the minimum needed for cooking food but very little for heat.

“It’s a perfect winter storm for Xi,” said Willy Lam, a longtime analyst of Chinese politics who is a senior fellow at the Jamestown Foundation. “Nothing seems to be working, partly because nobody seems to have much cash.”

This is the third grass-roots energy crisis in just five years for Mr. Xi. His government abruptly banned coal-fired boilers across large areas of northern China in 2017 in favor of gas ones. It was a quick fix for air pollution, but residents soon found there was not enough gas for all the new boilers.

Then in 2021, the price of coal jumped higher than the regulated price at which utilities could sell electricity generated from coal. Reluctant to lose money, utilities temporarily closed power plants, contributing to a wave of blackouts. 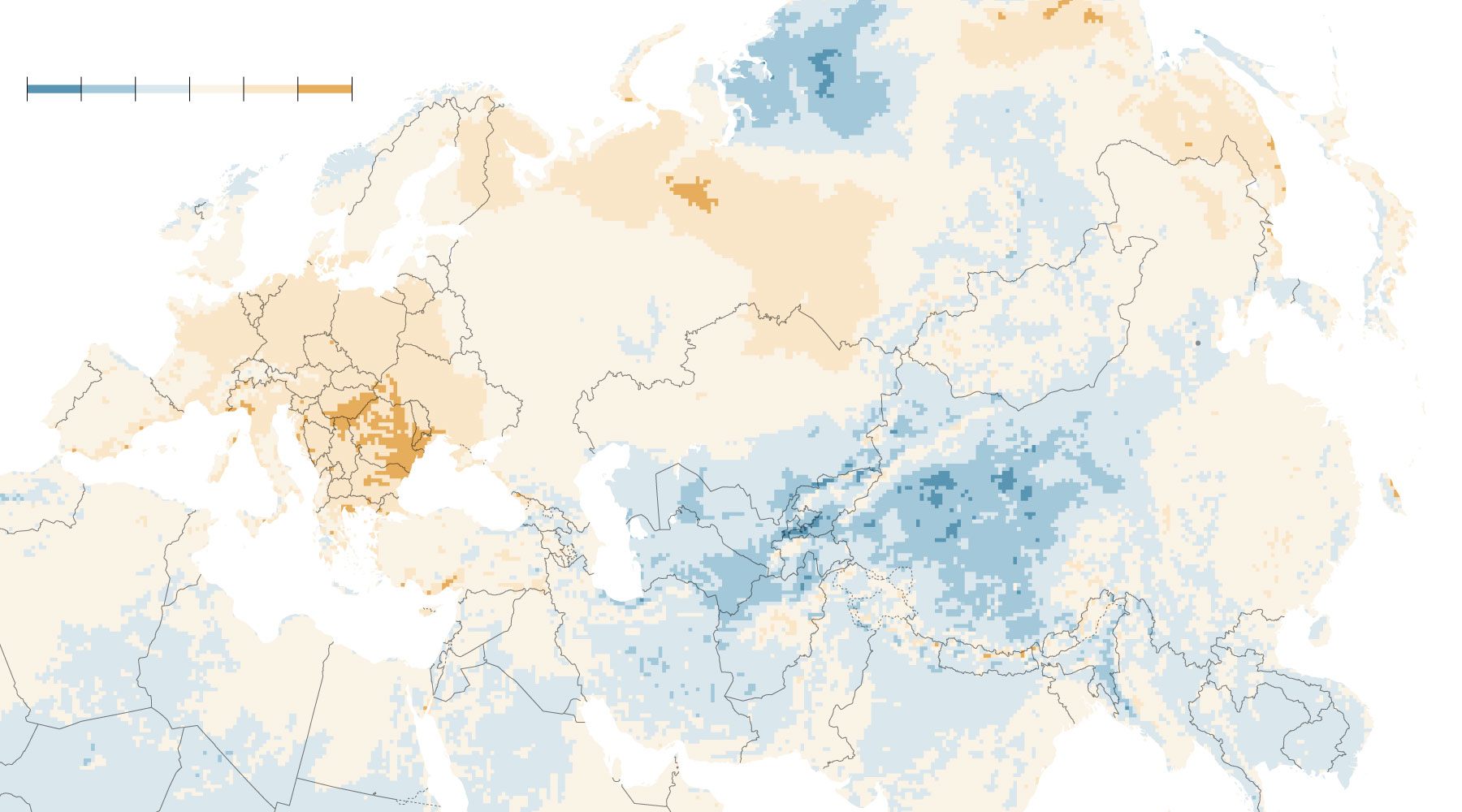 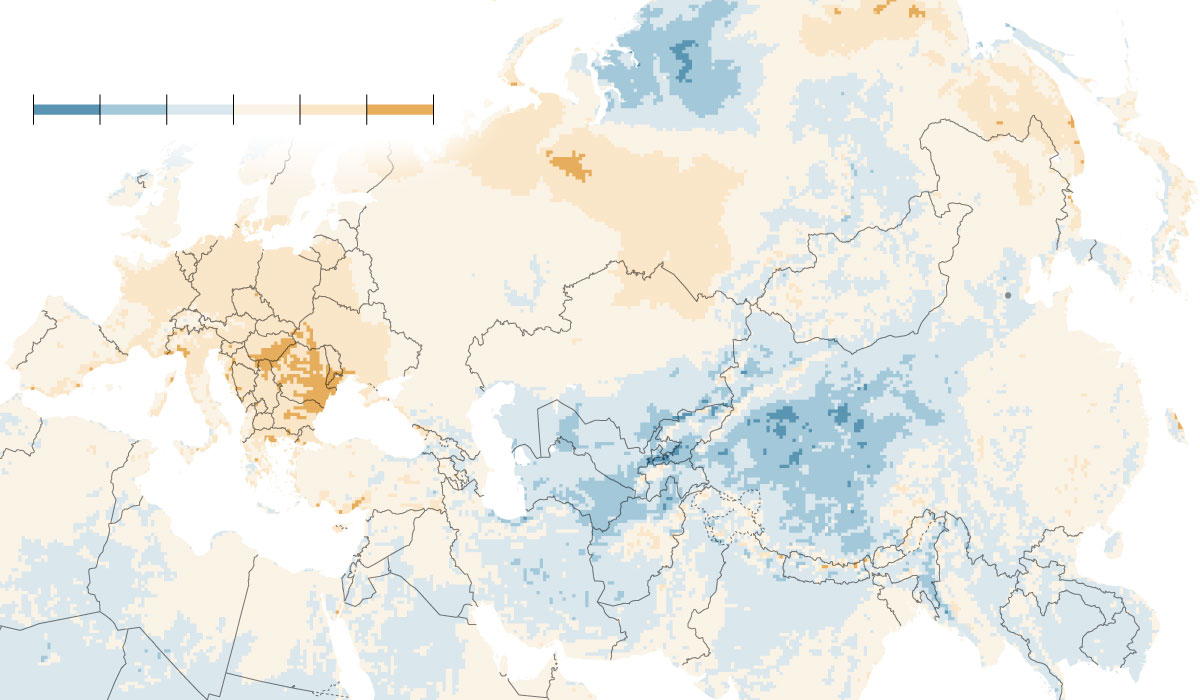 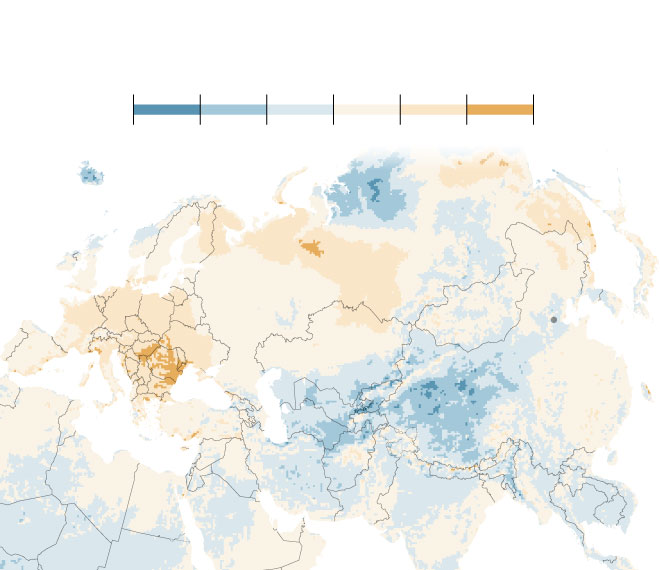 Many in Europe worried last year how they would heat their homes this winter after President Vladimir V. Putin of Russia reduced and then halted natural gas shipments to the continent.

But Europe has not just had an unusually warm winter. Gas companies there have raised prices, encouraging conservation, and governments have subsidized consumers to offset at least part of the extra cost. European companies also accumulated large stockpiles of extra gas last autumn. Worries have faded that families in Europe will not have enough natural gas to heat their homes this winter.

In China, the temperature has become unusually frigid. Over the weekend, numerous weather stations in northernmost China’s Heilongjiang Province reached the lowest temperatures they had ever recorded. Mohe City, the northernmost city in China, reached lows for three straight days below minus 50 degrees Celsius. China’s meteorology agency has issued nationwide warnings this week of very cold weather.

The government has taken notice of the gas shortages.

“Some localities and enterprises have not implemented measures to ensure the supply and price of energy for people’s livelihood,” Lian Weiliang, vice chairman of the National Development and Reform Commission, China’s top economic planning agency, said at a news conference on Jan. 13.

He added that the national government would hold local officials responsible for supplying homes, but did not indicate that Beijing would provide any money to help them do so. China will also build more natural gas storage sites, he said, to try to avoid similar problems in the future.

China actually has enough natural gas to make it through the winter, said Yan Qin, a China energy specialist at Refinitiv, a data company in London. The problem is that pricing regulations and declining subsidies are preventing gas from reaching households in northern China when temperatures plunge.

Much of the world has shunned Russian energy during the war, but China has stepped up its purchases of natural gas from Russia. Imports from Russia of liquefied natural gas, which can be transported by ship, jumped 42.3 percent last year, as Chinese companies bought cargos that businesses in Japan and elsewhere were no longer willing to buy because of Russia’s invasion of Ukraine.

Much of that Russian gas was imported at very high prices. But Chinese regulations strictly limit the price at which municipal and township gas distributors are allowed to sell gas to households. This winter, the wholesale cost of gas is up to three times the price that distributors are allowed to charge residential customers, said Jenny Zhang, a natural gas expert at the Lantau Group, an energy and power consulting firm in Hong Kong that specializes in mainland China.

Distributors are allowed to pass along extra costs to industrial and business users of gas, but not to individuals. So when prices rise, the companies have a big incentive to cut off homes and sell mostly to industrial and commercial users.

The problem is particularly acute in populous Hebei Province near Beijing. Many local gas companies have been at least partly privatized in recent years.

“They don’t have deep pockets when the gas price is swinging,” Ms. Zhang said.

And local governments in places like Hebei are under severe financial strain.

Hebei Province, which wraps around three sides of Beijing and has 74.5 million people, has fared worst of all. The national government has been particularly insistent over the past five years that Hebei homes and businesses switch to gas because air pollution from their use of coal quickly wafts into Beijing. Many residents, including Mr. Li, the grocer, no longer have coal or coal-burning stoves.

Shijiazhuang, the provincial capital, was then among the first cities to run low on money for Covid testing last autumn. It moved quickly to abandon testing late last year as soon as Beijing began signaling flexibility on the “zero Covid” policy, only to end up with an immediate wave of cases. Now temperatures in the mountainous province are falling far below freezing.

With revenue dwindling and costs rising, local governments in Hebei have little financial muscle to resume subsidizing gas quickly for their customers.

“If they would be able to subsidize,” Ms. Qin, the China energy specialist, said, “we would not have this shortage.”

Research was contributed by Li You, John Liu, Olivia Wang and Claire Fu.