Doomsday Clock Moves Closer to Midnight Than Ever

The Bulletin of the Atomic Scientists set the clock at 90 seconds to midnight on Tuesday, citing the war in Ukraine as well as climate change, online disinformation and other threats. 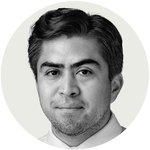 Humanity is closer than ever to the end of the world.

That was the dire warning this week from the Bulletin of the Atomic Scientists, which, since 1947, has been estimating how close the world is to ending by stating starkly how many “minutes to midnight” remain on its signature Doomsday Clock.

The clock on Tuesday was set at 90 seconds to midnight, the closest to midnight it has ever reached, according to the Bulletin, a nonprofit organization and publication.

The Doomsday Clock had been set at 100 seconds to midnight since 2020. But the clock was moved forward this year “largely but not exclusively” because of “Russia’s invasion of Ukraine and the increased risk of nuclear escalation,” the Bulletin said in a statement.

A number of other issues played a role in moving the Doomsday Clock forward, the Bulletin said, including the effects of climate change, “unabated” disinformation online and an ongoing threat of infectious disease outbreaks.

Rachel Bronson, the Bulletin’s president and chief executive, said in the statement that the decision to move the clock closer to midnight had not been taken lightly.

The State of the War

“We are living in a time of unprecedented danger, and the Doomsday Clock time reflects that reality,” Dr. Bronson said. “The U.S. government, its NATO allies and Ukraine have a multitude of channels for dialogue; we urge leaders to explore all of them to their fullest ability to turn back the clock.”

The Bulletin’s science and security board meets twice a year to discuss current events and determine whether the clock needs to be reset. The board includes several scientists and experts in nuclear technology and climate science. To decide the clock’s timing, the board looks at data, such as the number of nuclear weapons in the world, the amount of carbon dioxide in the atmosphere, the acidity of the oceans and the rate at which sea levels are rising.

The Doomsday Clock and its annual warnings about the imminency of annihilation have generated some skepticism over the years and prompted debate over its purpose.

Brad Evans, a professor of political violence at the University of Bath in Britain, said on Tuesday that the clock is “a frighteningly symbolic image for a world that’s continued to live within the shadow of annihilation.”

“Whilst this image has come to shape our politics — we do after all live in catastrophic times where the future looks like an endemic terrain of crisis — there are a number of problems with this particularly symbolic attempt to calculate the time that remains,” Professor Evans said.

Professor Evans noted that, during the Cuban missile crisis in 1962, “when the world was perilously close, arguably the closest it has ever been, to extinction,” the clock did not change.

The Bulletin has said that the clock’s hands were not changed during the crisis because “too little was known at the time about the circumstances of the standoff or what the outcome would be.”

The Bulletin has said that the clock “is not a forecasting tool” and that it does not predict the future. The clock is a symbol of threats to humanity, the Bulletin said, and each second does not represent how many years or decades the world is from apocalypse.

The first Doomsday Clock was set arbitrarily. Martyl Langsdorf, an artist who was asked to create a design for the cover of the 1947 edition of the Bulletin, decided to set the original clock at seven minutes to midnight because “it looked good to my eye,” according to the Bulletin.

The farthest the clock has been set from midnight was 17 minutes, in 1991 at the end of the Cold War.