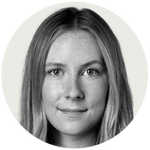 Mercedes Jimenez-Cortes often takes pictures of herself in the domed mirrors that hang in parking garages. The mirrors turn an everyday scene surreal, bending concrete like it’s jelly and exaggerating the size of Ms. Jimenez-Cortes’s face, her iPhone or her extended middle finger.

Ms. Jimenez-Cortes, 24, who works for Instacart and lives in Atlanta, liked the look of the mirrors so much that she recently purchased one for her apartment. The stylishly named PLX18 Circular Acrylic Indoor Convex Security mirror cost $37 on Amazon and came equipped with a swivel mounting bracket to extend its range of visibility in loading docks and driveways. Ms. Jimenez-Cortes hung the mirror near a disco ball in her living room, where her cat, Pixie, uses it to gaze at his own contorted reflection.

So goes Gen Z’s latest approach to the self-portrait. The #NoFilter selfie is out, and obvious, goofy distortion is in. There’s the 0.5 ultra-wide-angle lens for extreme forced perspective, the A.I. portrait generator for rendering you like a painting, and the lo-fi digital camera for a grainy, nostalgic quality. Some young people in search of these effects are also turning to an item better known for capturing interstates than influencers: the traffic mirror.

You have seen these mirrors before. Sometimes called blind-spot mirrors, they wing out from school buses and eighteen-wheelers. They are also often used as safety or security mirrors, allowing attendants at grocery stores and subway stations to keep watch over a wide area. They are probably most accurately described as convex mirrors, but on TikTok, a platform adept at warping language, they have become known as traffic mirrors.

Ms. Jimenez-Cortes said she sees the mirrors all over the app, where they are being pitched as both a selfie tool and low-cost home décor hack. The hashtag #trafficmirror, which has more than 20 million views, appears alongside ones like #inspo, #roomdesign and #aesthetic. The mirrors are sometimes included in TikTok video roundups from street wear accounts and praised by commenters as “bus driver core.”

“There has indeed been a slight upward trend in sales lately,” Stylianos Peppas, the director of SNS Safety Ltd., a traffic and parking safety company in London that sells convex mirrors through Amazon, wrote in an email. He said he thought the mirrors had been selling well “because people are increasingly concerned about the safety of themselves and their families.”

But social media suggests a less practical motivation. On Pinterest, searches for “convex mirror” were four times higher in December than they had been a year earlier, according to Swasti Sarna, the company’s global director of data insights.

That traffic mirrors have not historically been fashionable is part of their appeal. Cheap, ordinary and conspicuously out of place in a bedroom or Instagram feed, the mirrors add a layer of irreverence to photos.

In November, Elijah Ray, 25, who works at a wood mill and lives in Portland, Ore., ordered a set of two traffic mirrors on Amazon for $15. Before he bought them, he said he would stop to take a selfie when he saw the mirrors at a bus stop or a CVS; now he takes them at home, capturing his outfits and much of his décor, like his red LED light strips and the handmade yin and yang rug where his bearded dragon chilled in the background during a Zoom interview.

“I kind of like the vibe of, I have one giant eye and one little eye,” he said.

The way the mirrors distort the face and body can take some of the pressure off looking perfect, said Allie Rowbottom, the author of “Aesthetica,” a 2022 novel about an influencer who tries to undo years of cosmetic surgery.

The proliferation of apps like Facetune to smooth pores and cinch waists beyond the point of possibility brought about a #NoFilter backlash that seemed to emphasize authenticity. But even some of that so-called realness still required self-manipulation. Looking “absolutely bizarro” online is Gen Z’s rejection of both approaches, Ms. Rowbottom said.

“We’ve exited the conventional era of the selfie that began in 2012, 2013 with the advent of Instagram,” she said.

The history of distorted portraiture, however, predates social media. The Italian painter Parmigianino was about 21 when he painted his “Self-Portrait in a Convex Mirror” in 1524. Parmigianino used two barbers’ mirrors that exaggerated the size of his hand and made the horizon behind him appear curved and off-kilter.

Whereas earlier portraits by Albrecht Dürer, for example, appeared meticulously posed, Parmigianino’s was playful and fluid while still demonstrating virtuosic painting skill, said Sabine Haag, the director general of the Kunsthistorisches Museum in Vienna, where the portrait is displayed.

Like today’s selfie takers, the painter was looking to capture something specific. “It really should give you the idea it’s not constructed,” Dr. Haag continued. “It’s a very spontaneous kind of thing.”

Much later, when Nikon’s first fish-eye camera lens became broadly available to consumers in 1962, similar images became a fixture of pop culture. In the 1960s, fish-eye lenses were used to photograph album covers for Jimi Hendrix and the Rolling Stones, and to document the trippiness of Woodstock.

But the fish-eye look is perhaps best associated with the 1990s — the decade that is at turns lovingly and ironically emulated by Gen Z. The lens became a defining look of the decade through its prevalence in both skateboarding and hip-hop videography, said Jeremy Elkin, the director of the documentary “All the Streets Are Silent.”

The director Hype Williams used fish-eye lenses to heighten Missy Elliott’s futuristic outfits in the music video for “The Rain (Supa Dupa Fly)” and Busta Rhymes’s many characters in “Gimme Some More.” The ultrawide angle of the lens could contain a fast-moving skateboarder, Missy Elliott’s entire Hummer or a rooftop full of Beastie Boys.

The fish-eye look is back on recent album covers for Lorde and Harry Styles, Mr. Elkin noted. By creating a dramatic look with one relatively inexpensive piece of equipment, the convex lens reflects a D.I.Y. ethos that is timeless among the young, edgy and broke.

“With skateboarding, music videos and kids taking selfies in mirrors in a parking garage, the thing they all have in common is that you don’t need high production value or some crazy scene or some insane location,” Mr. Elkin said. “A fish-eye lens can take something as basic as a studio, it can turn it into something exciting.”

The same logic applies to TikTok, where Harry White posted a video of his traffic mirror in July that has been viewed more than 1.2 million times.

Mr. White, 26, a home décor content creator in Cardiff, Wales, peels strips of protective film off the mirror and prods its squishy surface in the video, which verges on A.S.M.R. He said he had gotten messages from viewers asking where they could get the mirrors for themselves.

“The thing with TikTok is, it’s so competitive,” he said. “When one creator’s video does really good, like mine did, other content creators will try and replicate the video, even if their home décor pieces are so different and it’s not going to match their vibe,” he said.

The experience deepened Mr. White’s reservations about the quick trend cycles in décor and fashion that spring up on the app. The mirrors are inexpensive enough that people might buy them, film a video or two, and then throw them away, following a fast fashion playbook.

Past buzzy iPhone photography accessories have not necessarily stood the test of time: Who is still reaching for a flattering angle using a selfie stick?

Whether or not the traffic mirror sticks around, Ms. Rowbottom believes the sentiment behind it is an enduring one.

“Leaning into a distorted image of the self through a mirror or through your iPhone screen is an act of reclamation and rebellion,” Ms. Rowbottom said. “That vibe is so essential to youth culture in any era.”

Justyna Gwozdz, 26, an accountant in Katowice, Poland, bought a traffic mirror in June from a home improvement store and hung it up in her bathroom, above the toilet. She takes almost daily pictures in it that document her best party looks and her worst bed head.

No matter how put-together she looks that day, she looks weird and funny in her traffic mirror — and that’s a relief. “You don’t need to look good to look good in it,” she said.