Movies|Austin Butler: ‘I Wish Lisa Marie Was Here Right Now to Get to Be a Part of It’
https://www.nytimes.cf/2023/01/24/movies/austin-butler-elvis-oscar-nomination.html

Austin Butler: ‘I Wish Lisa Marie Was Here Right Now to Get to Be a Part of It’ 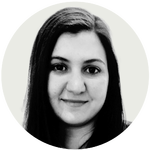 It has been a tremendously emotional month for Austin Butler, who on Tuesday was nominated for a best actor Oscar for his captivating, and often haunting, performance as the title character in Baz Luhrmann’s fever dream of a biopic, “Elvis.”

Exactly two weeks ago, Butler accepted the best actor Golden Globe for the role, as Priscilla Presley and Lisa Marie Presley sat in the audience, enamored and touched. Just two days later, Lisa Marie died at the age of 54.

“It’s been a roller coaster lately — a lot of peaks and these deep valleys of sorrow and things, but moments like this are very special and so I’m trying to take it in,” Butler, 31, said by phone shortly after the announcement on Tuesday. “But there is that thing where I wish Lisa Marie was here right now to get to be a part of it and celebrate this.”

With her death, the project has taken on even more meaning for the actor. “It definitely has filled me with a lot of appreciation for every moment that I got to spend with her,” Butler said. “And just how lucky I was to get the type of experiences that I had with her, very private moments and that sort of thing, that I’ll just cherish for the rest of my life.”

He added, “I grew to love Elvis so much — really, really deeply, where he feels like one of my best friends or like a family member.”

Landing the highly coveted role was in many ways intimidating for Butler, a relative newcomer to the big screen who beat out household names like Harry Styles and Ansel Elgort. “I had to overcome so much fear in order to just be able to take the steps because it felt like climbing an impossible mountain at times.”

What he found “deeply terrifying” was thinking about “so many ways in which it could have gone wrong,” he said, recalling that some things did go wrong, like the production being shut down because of the pandemic.

As for how it felt to have not only pulled it off, but to be recognized at the highest levels, he described it as surreal. “I mean, it really feels like a dream,” he said. “In moments like this, I really try to touch back into what it felt like to make the movie because so much time has passed now that it almost feels like a distant memory, you know?”

“I just feel so proud of everybody,” he went on, a reference to the eight Oscar nominations, including best picture, the film received on Tuesday.

After Butler’s acceptance speech at the Golden Globes, social media was abuzz over how much the actor, who has a distinctly deep voice, now sounded like the real rocker he played, raising questions as to whether his accent had changed since filming. On the phone, he had a deep drawl that was Elvis-y but not as Elvis-y as at the Globes. “It’s one of those things, I don’t hear it in my own voice,” he said with a chuckle.

He added that his tone had deepened over time, thanks to voice work and other projects. “It’s like when I have friends who’ve lived in other countries for a long time and then they come back and bits of the accent have soaked into them,” he said. “That’s kind of what I think of it, and it’s slips out in moments when you least expect it.”

On how the film has helped introduce younger generations — who don’t necessarily feel as close to the rock star as past generations — to the phenomenon of Elvis, Butler said he found it “incredibly moving” to build that bridge: “I feel so privileged to be part of his legacy in that way.”