Climate|How Do California’s Storms Weigh In Compared With History’s Big Ones?
https://www.nytimes.cf/2023/01/19/climate/california-storms-biggest-in-history.html

The storms that have walloped California in fierce waves since last month have left many communities cleaning up and digging out from flooding and landslides. By one metric, though, the state has seen much worse.

So far this winter, cumulative precipitation across California is well above average for the past 70 or so years, according to data from the National Oceanic and Atmospheric Administration. But it isn’t as high at this point in the season as it was in some years, including 2017, when drenching storms nearly caused a catastrophic collapse at the Oroville Dam in Northern California. 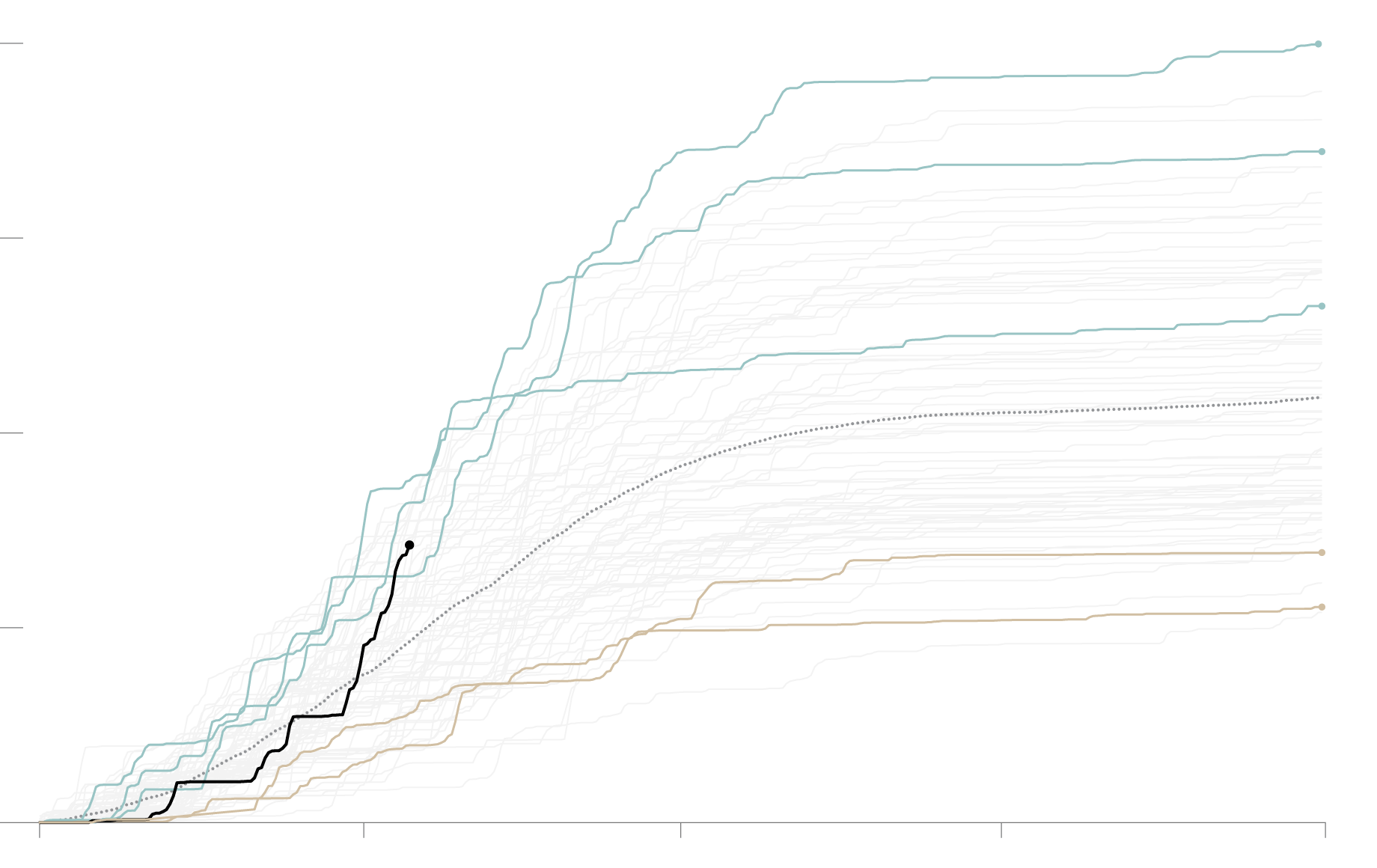 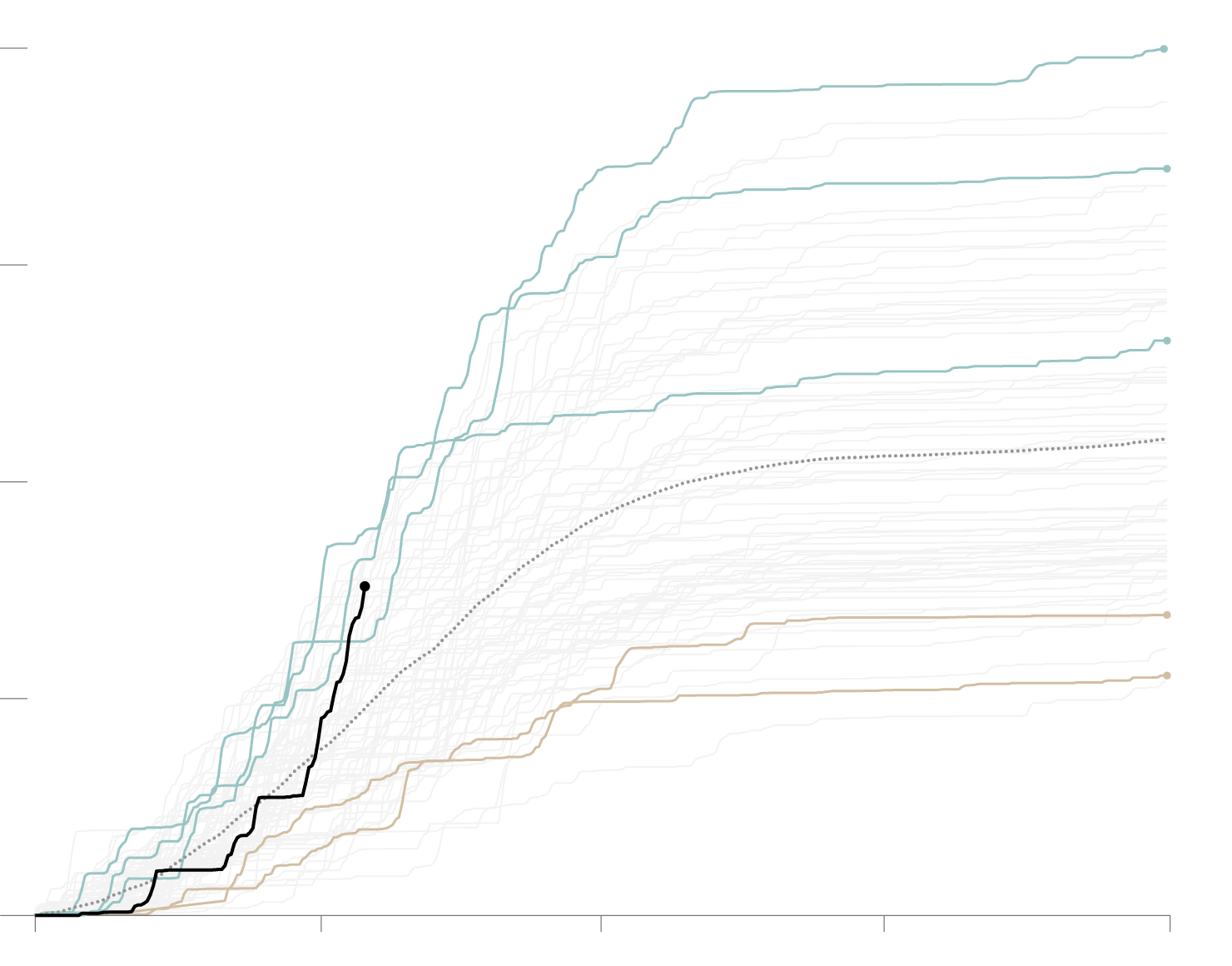 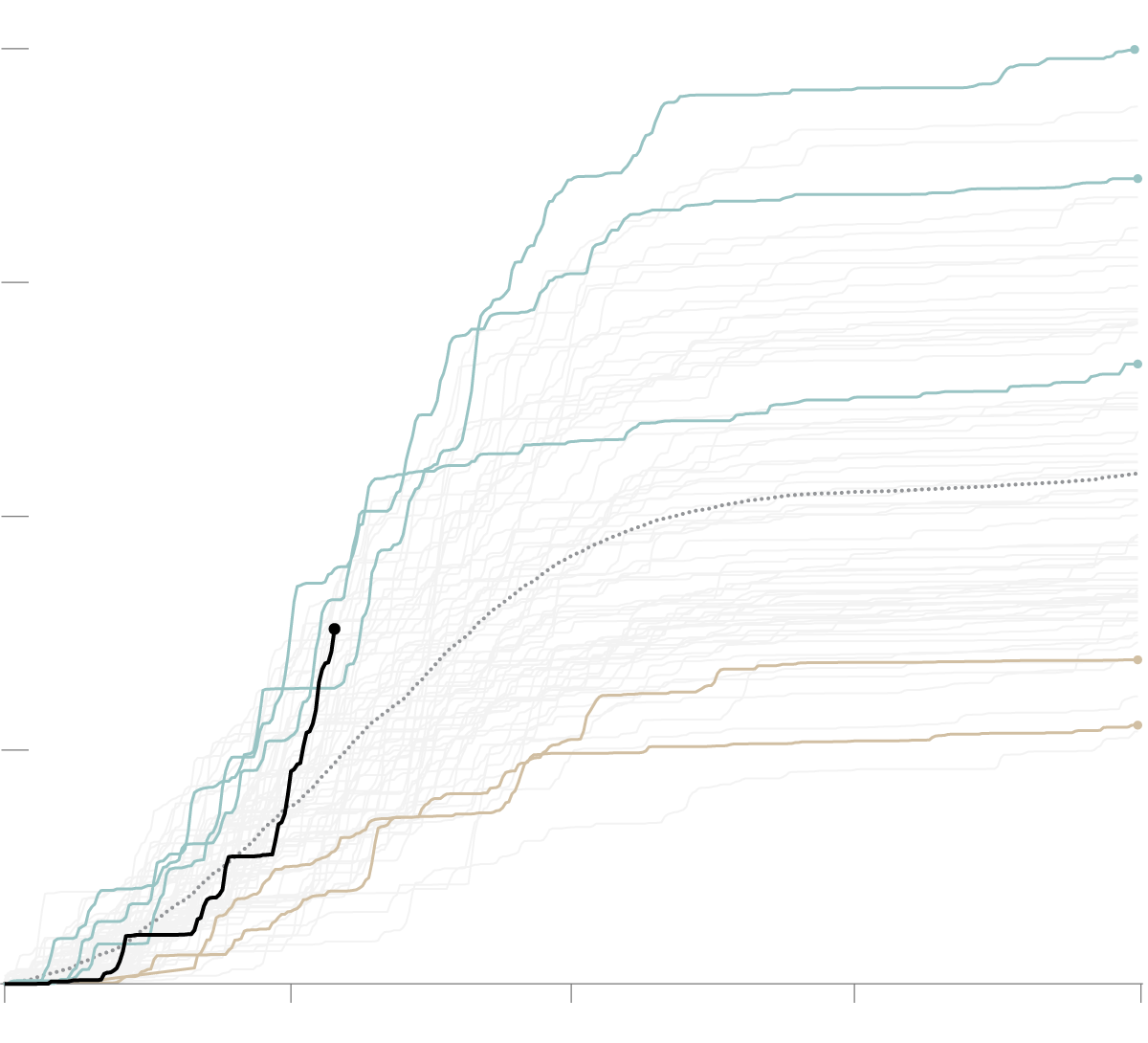 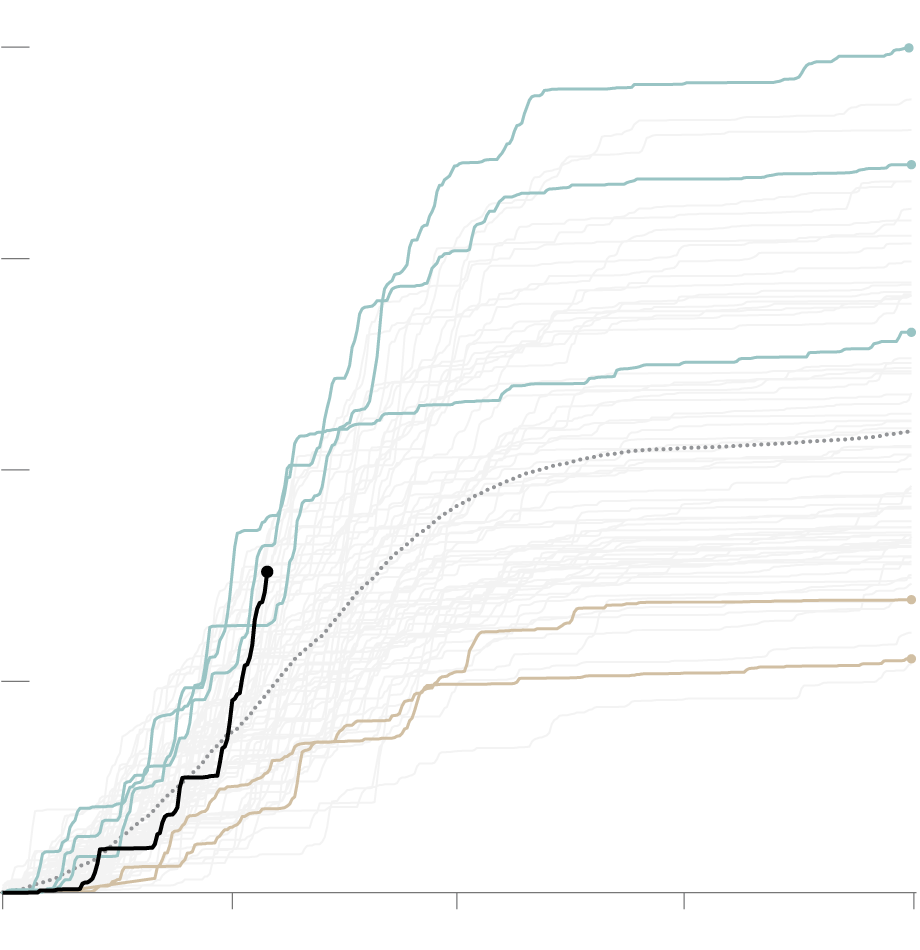 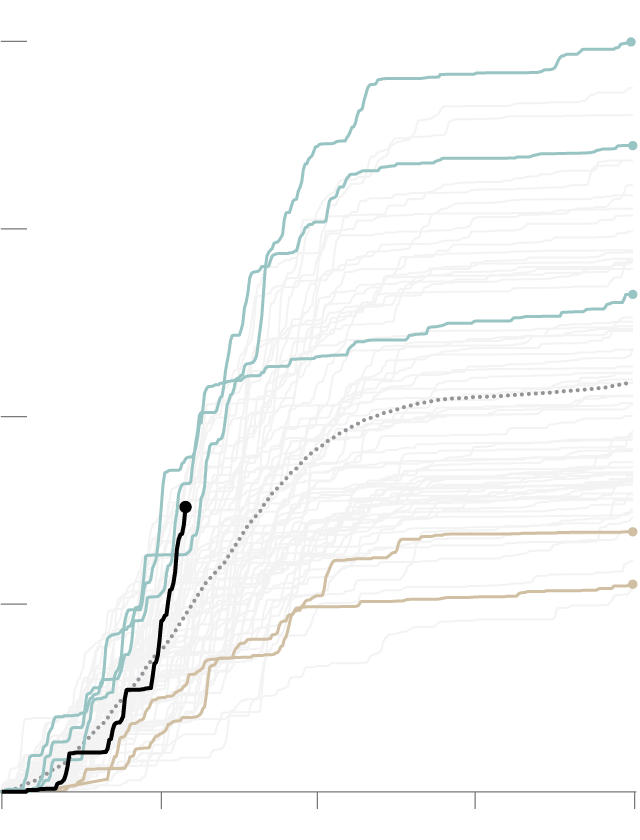 The data is a reminder that nature can dish out even more to the state than what it has this season, though there’s still plenty of time for more storms to push through before the drier months. (These precipitation levels include both rain and snow. The latter is recorded as its liquid equivalent amount.)

A statewide, averaged measure like this one doesn’t capture the vastly different effects that storms in California, fueled by atmospheric rivers, can have in different parts of the state. A system that brings misery and destruction to Southern California can seem tame in Northern California, and vice versa. The same weather can torment one place but spare the one next to it, which is part of what makes storms tricky for meteorologists to forecast.

Rain and Floods in California

A string of major storms  in California has caused extreme flooding and damage across the state.

“You need only a very small change in the angle or the position of the atmospheric river, and a completely different river basin will be flooded,” said David A. Lavers, an expert on atmospheric rivers at the European Center for Medium-Range Weather Forecasts in Reading, England.

Timing matters, too. A very intense burst of back-to-back storms, like the ones of the past month, can do enormous damage in a water year that otherwise winds up being on the dry side. The steepness of the lines on this chart can matter just as much as how high they end up.

According to NOAA’s data, the water year that ended up wettest since the 1950s was the one between 1982 and 1983. Ferocious storms clobbered homes and structures along the Southern California coast in January 1983. More misery came that March, including when a tornado cut through Los Angeles.

Another water year that stands out in the data is 1996-97. Around New Year’s Day, rain from a strong atmospheric river breached levees and inundated towns and highways in the Central Valley. The damages from that event topped $3 billion, according to a study led by Thomas W. Corringham, a researcher with the Scripps Institution of Oceanography at the University of California, San Diego, who specializes in the economic and social effects of extreme weather.

The NOAA data also highlights how exceptionally dry some recent periods have been, in particular the two water years from 2019 to 2021. Water and ground conditions before each wet season, and even before each storm, play a big role in shaping how severe the effects will be.

“Going into the year, we had a deficit of a whole year’s rainfall,” said Jan Null, a meteorologist previously with the National Weather Service in California. Had major reservoirs not been so empty before rain started falling last month, the flooding around San Francisco and other areas could have been worse, he said.

Map of California and surrounding areas showing the difference between precipitation amounts over the last 30 days and average precipitation during the same period from 1981-2010. 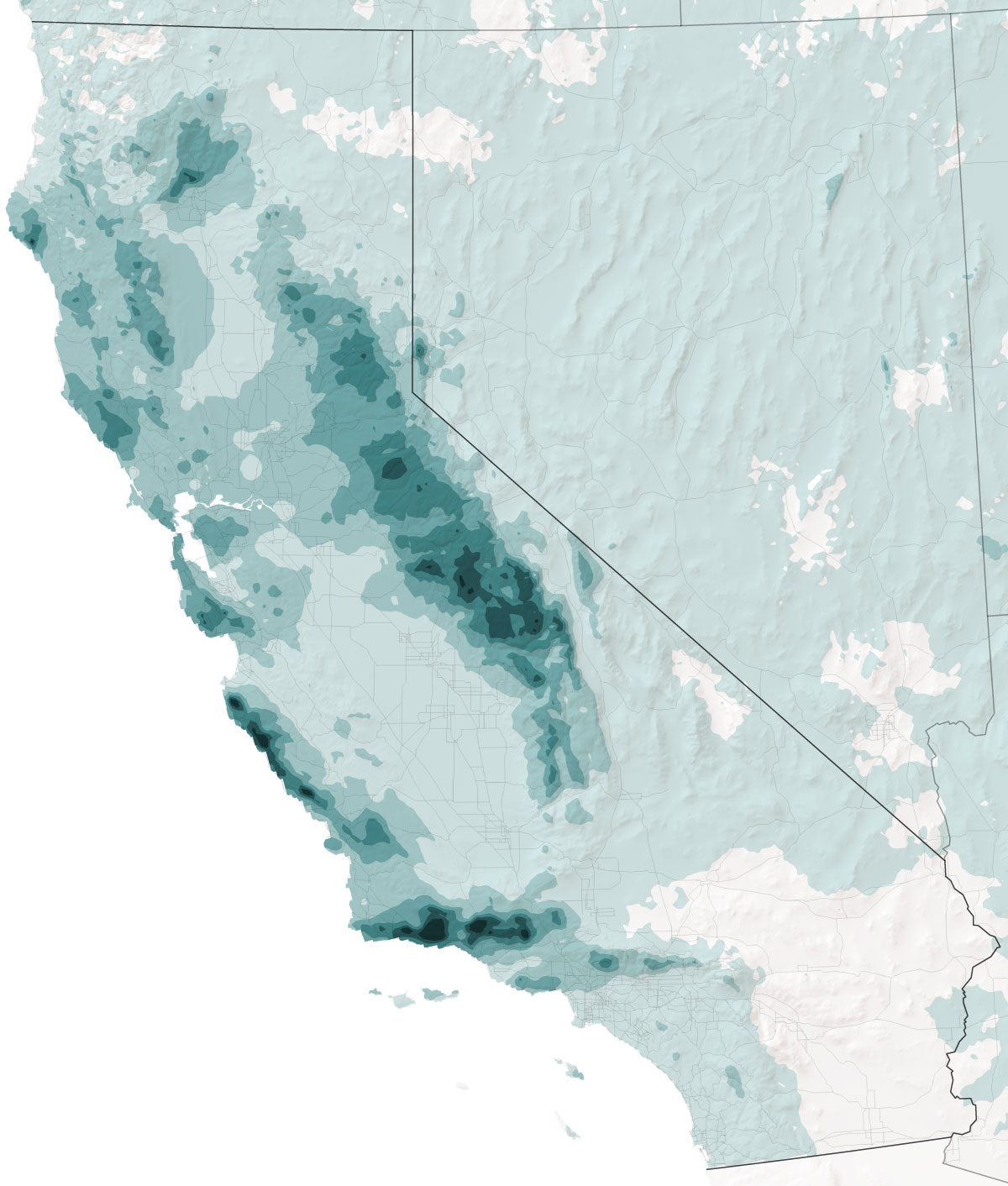 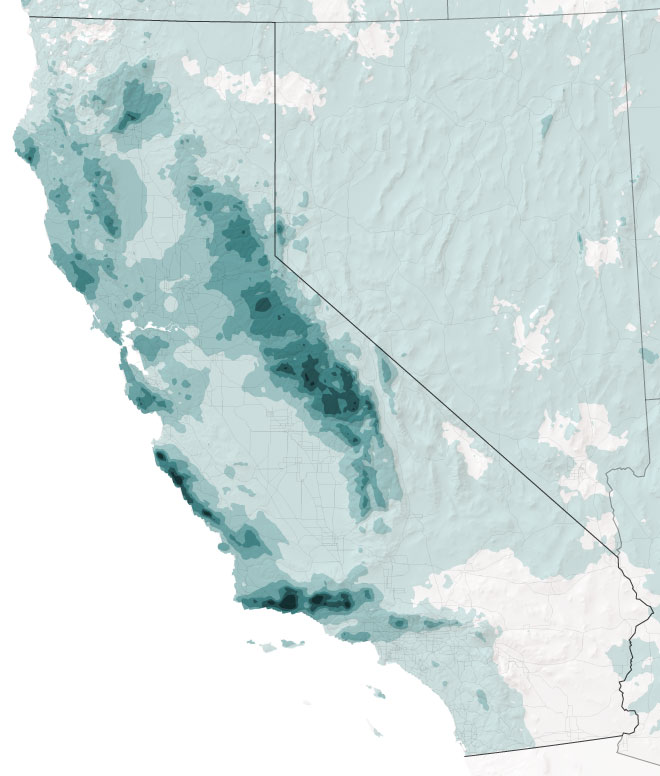 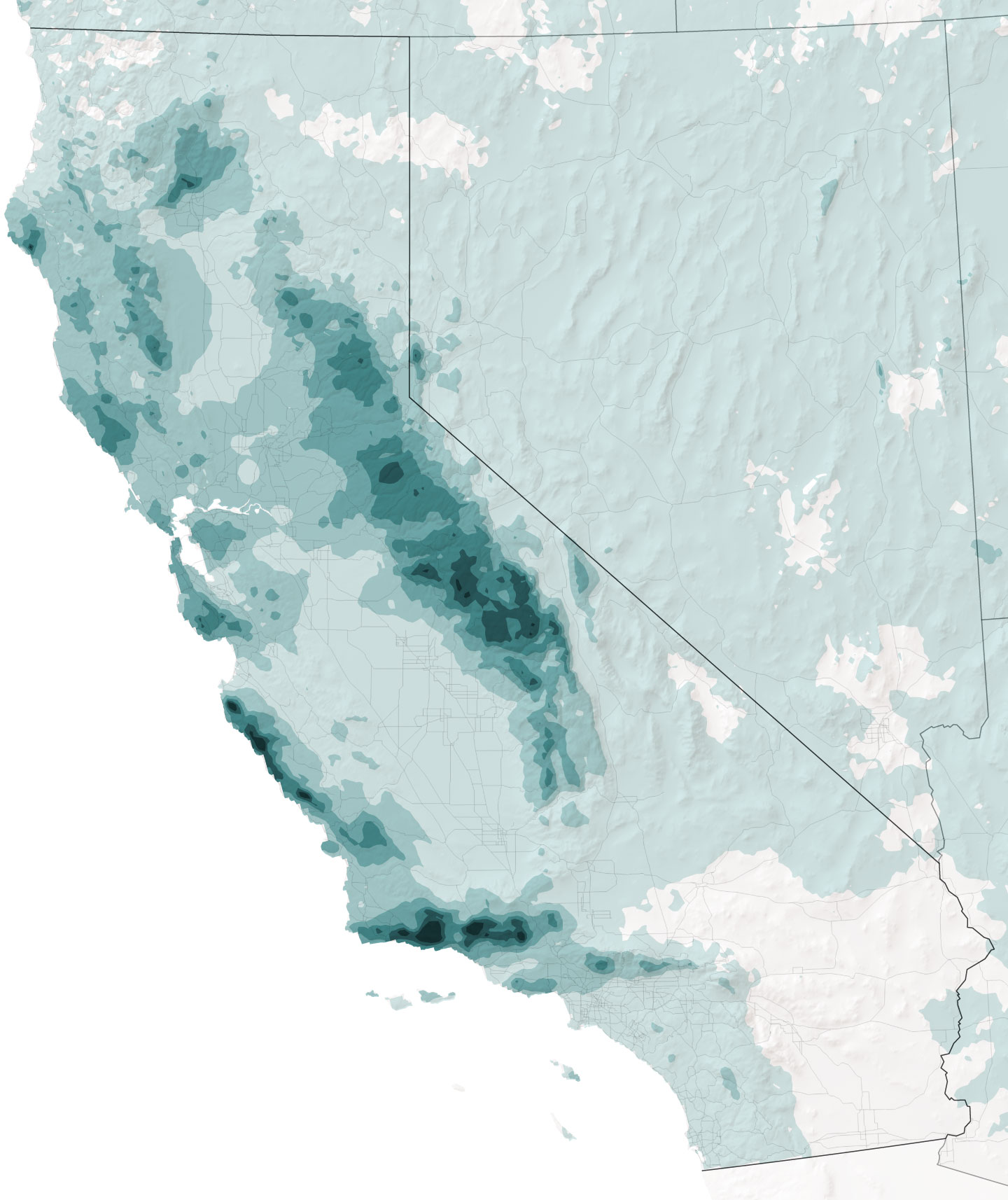 That dryness also means the recent rain and snow could go further toward replenishing California’s water supplies. Following this month’s atmospheric rivers, an index of rainfall in the Northern Sierra Nevada has been on pace to rival some of the wettest years on record. This index is watched closely because it reflects precipitation levels in watersheds that feed several of the state’s most important reservoirs.

How much of a difference this makes on the state’s water woes depends partly on how the rest of the season plays out. Previous California winters have gotten a wet start but then abruptly went dry, as if a tap in the sky had been shut off. “If we stop now, most places will be around normal,” Mr. Null said.