It’s Thanksgiving, so in the interests of letting you uncork the wine and finalize the seating arrangements I’ll keep this short: Here are nine new books covering everything from microchips to ballet to the coronavirus, classical music to Irish immigration to true crime; and, in fiction, a thriller, a horror novel and a novella by the Booker finalist Claire Keegan. Happy reading, and happy eating.

This sensitive, stately biography shows how George Balanchine reinvented ballet for the 20th century. Homans surveys the choreographer’s private life, including his marriages and affairs with his dancers, as well as the beauty and agony of his craft. 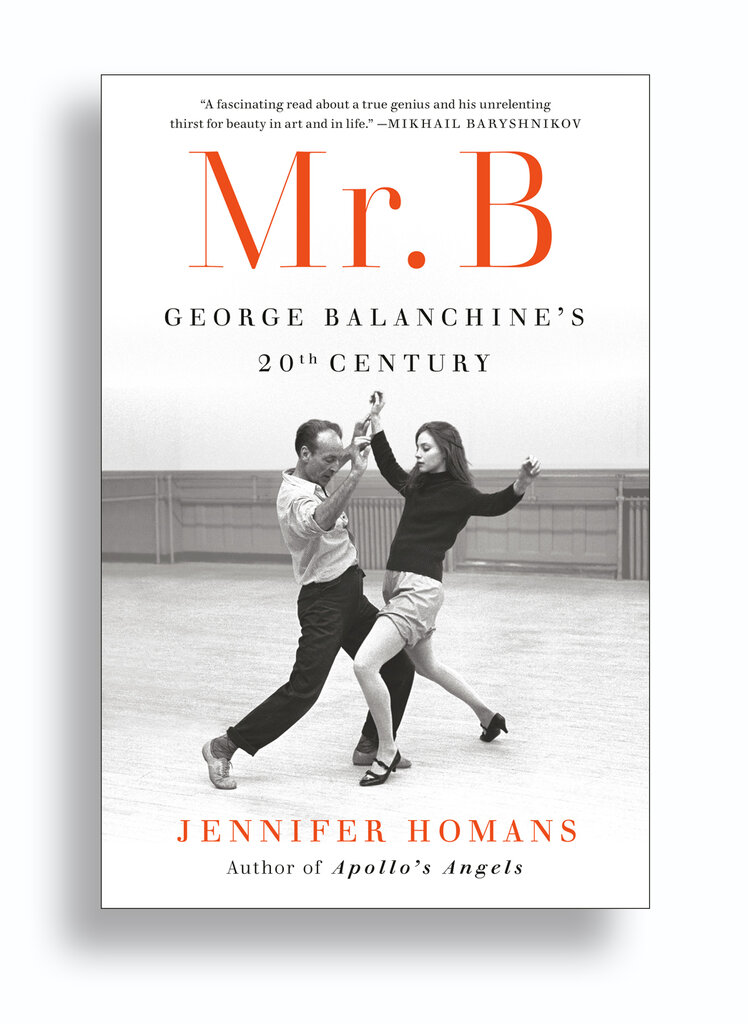 “A serious act of cultural retrieval, by a writer who knows when to expand and when to collapse, who makes unexpected connections. ... The critic, historian and dancer in Homans are nearly always in sync.”

The author, a Juilliard graduate and professional violinist, offers a refreshingly fun guide to the intimidating world of sonatas, symphonies and Schumann that lends itself especially well to the audiobook format, in a recording narrated by Warsaw-Faun Rauch herself. 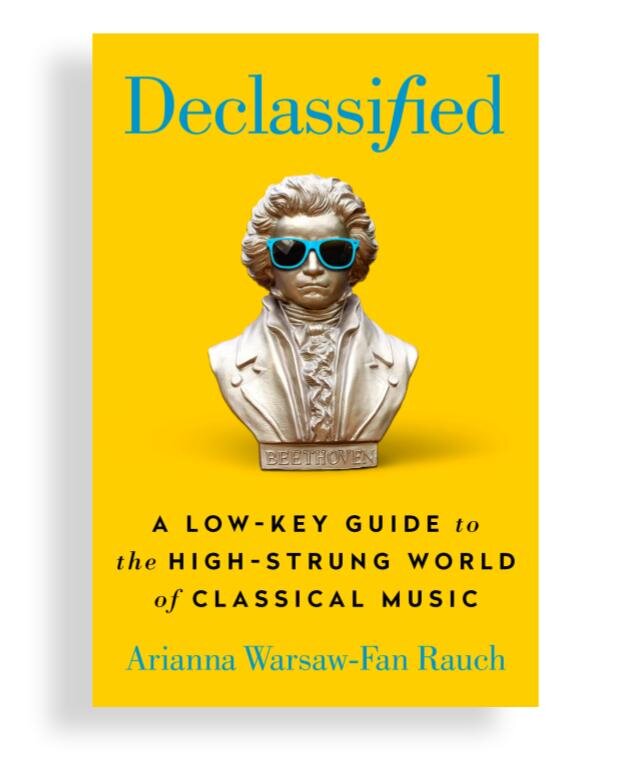 “As if you’re a fly on the wall in conservatory auditions, cutthroat competitions and the obsessive practice routines of professional musicians.”

IN THE MOUTH OF THE WOLF:
A Murder, a Cover-Up and the True Cost of Silencing the Press
Katherine Corcoran

Corcoran investigates the unsolved killing of the Mexican reporter Regina Martínez, offering a chilling look at press freedom in one of the world’s most dangerous countries for journalists. The author’s search for answers leads her into a hall of mirrors. 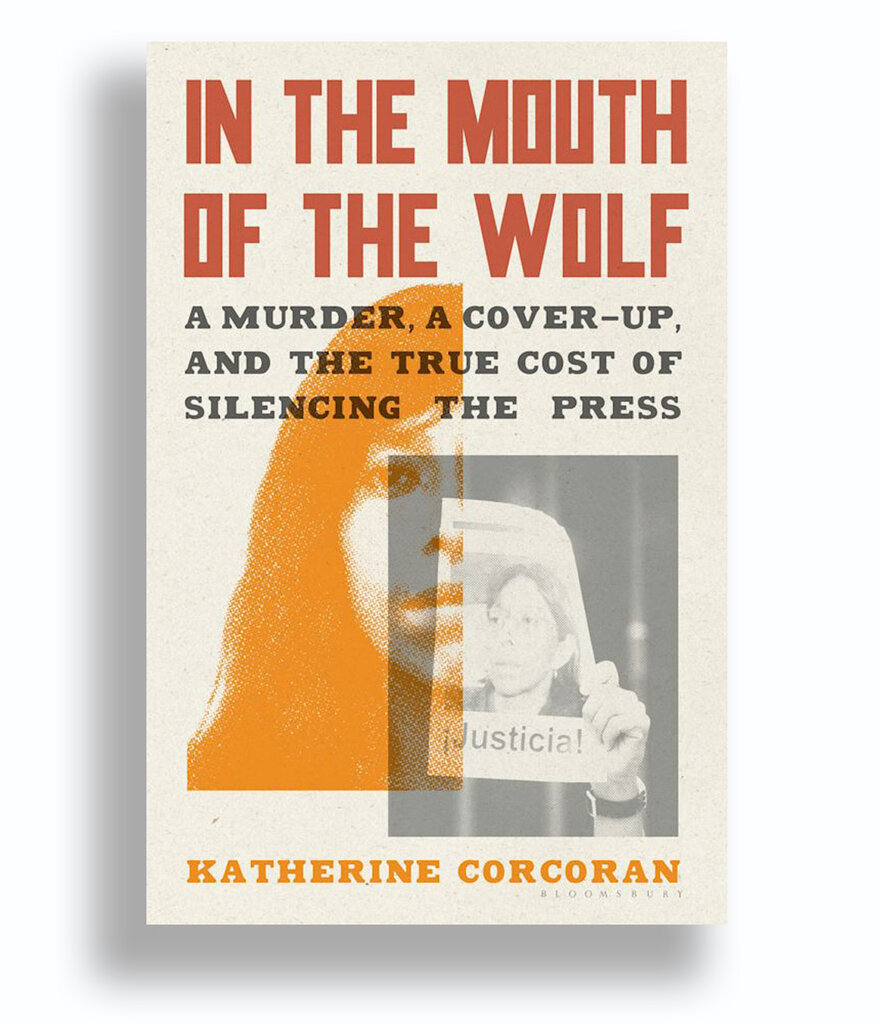 “A murder mystery but also, more important, a portrait of a nation where no one knows what to believe, or whom to trust. ... Martínez and other murdered reporters are only a small share of an extraordinary toll, but as Corcoran makes clear, the impact of their loss is enormous.”

CHIP WAR:
The Fight for the World’s Most Critical Technology
Chris Miller

This timely book, by a scholar of international affairs, is a history of technological ingenuity that reads like a thriller. The silicon chip, Miller suggests, may be to the 21st century what the atom bomb was to the 20th — the device that determines the world order. 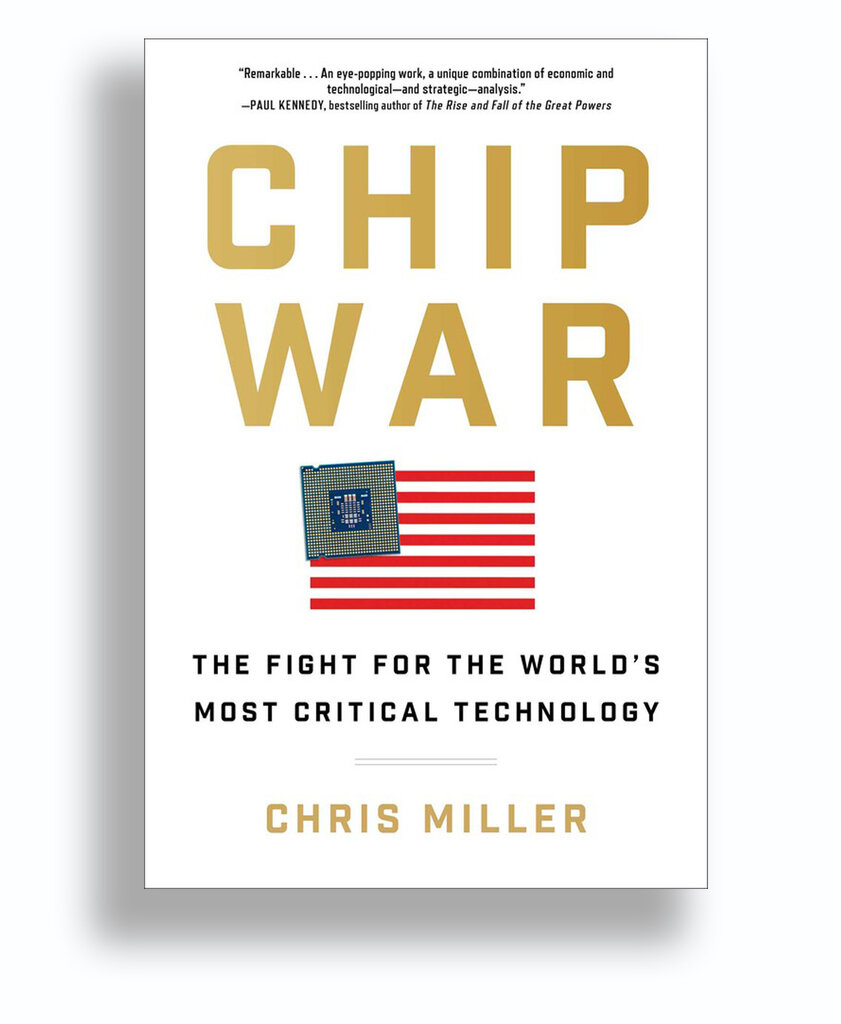 “Makes a whale of a case: that the chip industry now determines both the structure of the global economy and the balance of geopolitical power. ... As ‘Chip War’ makes clear, the clash of resounding arms between autocracy and democracy is powered by silicon chips.”

In this riveting account of researchers’ attempts to outrun Covid-19, the author, a veteran science journalist, explains not just how inevitable such a pandemic was, but how inevitable are others. As one scientist tells Quammen, “A disease anywhere is a disease everywhere.” 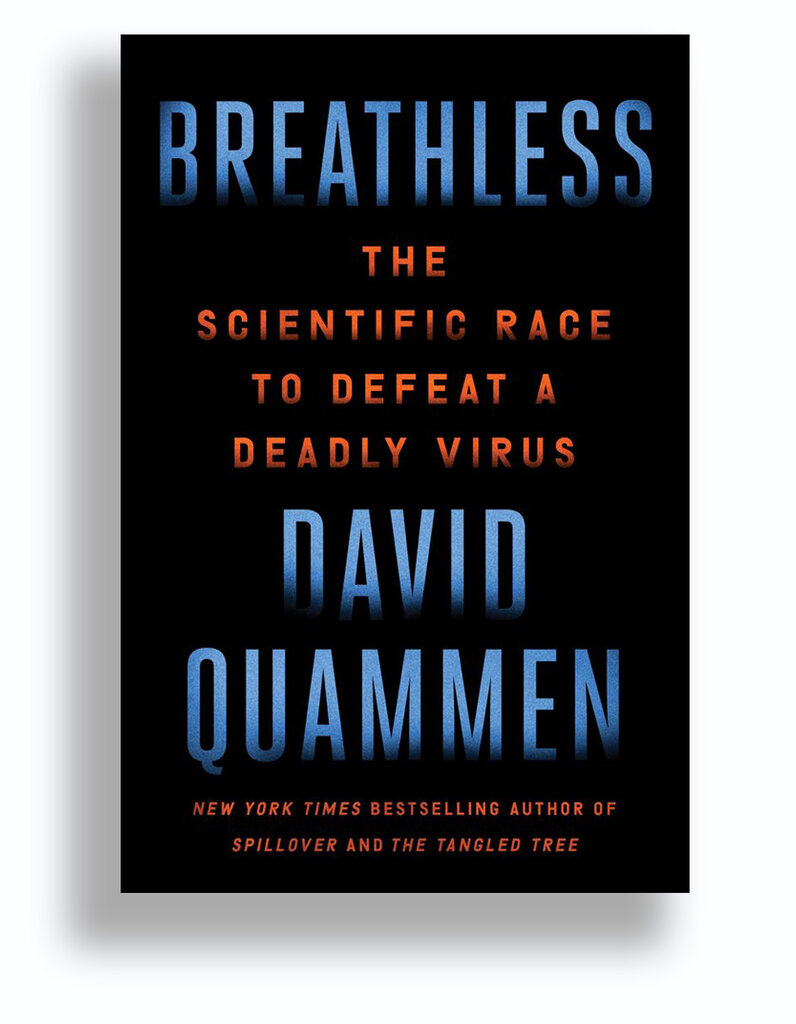 “A luminous, passionate account of the defining crisis of our time — and the unprecedented international response to it. ... Quammen marries an old-fashioned love of colorful language to his passion for detail.”

This terrifying horror novel is also a powerful exploration of trauma and healing. The book follows an Indigenous woman who receives an ancient bracelet that used to belong to her vanished mother, a relic that unleashes literal and metaphorical ghosts 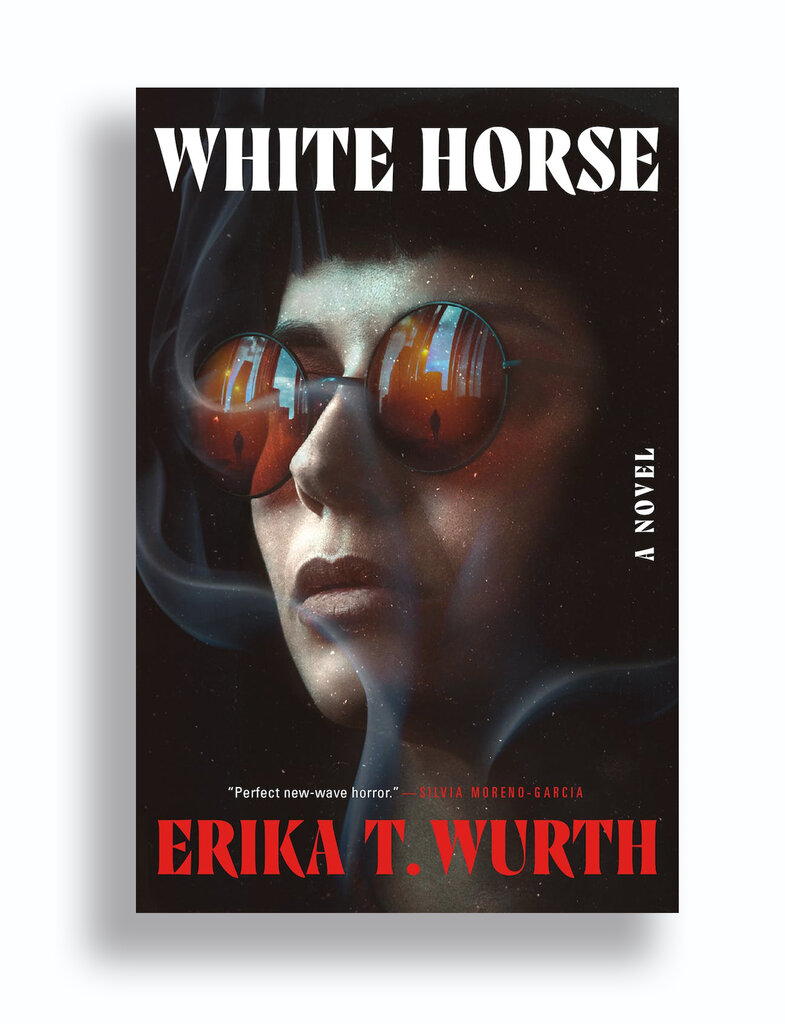 “The novel has potent things to say about how trauma reverberates throughout generations and how very often the most unimaginable violence is alarmingly close to home. ... “Just as much about a movement toward healing as it is a tale of terror and harm.”

The author of “Small Things Like These” returns with a beautiful novella narrated by a young girl in rural Ireland, sent to live with another family during her mother’s pregnancy. The narrator’s voice walks a perfect balance between naïveté and acute emotional intelligence. 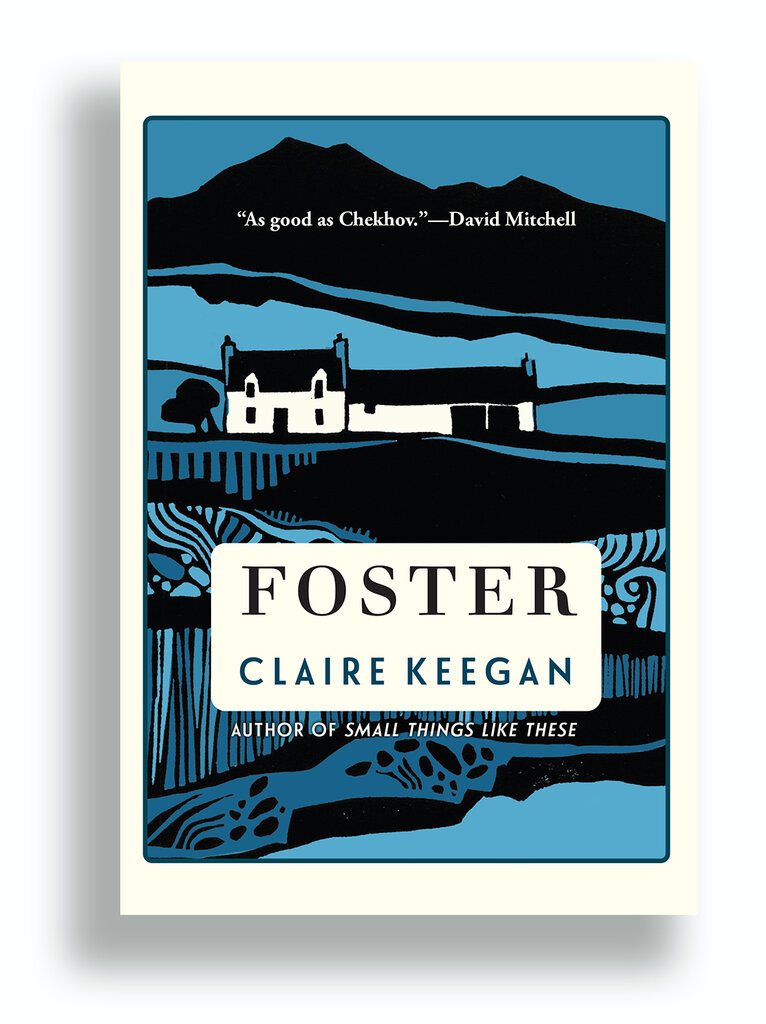 “Like a great, long Ishiguro novel, Keegan makes us complicit in what her characters want, setting us up for utter heartbreak when they don’t get it.”

ON EVERY TIDE:
The Making and Remaking of the Irish World
Sean Connolly

This engaging and erudite history charts the alarming outflow of Irish-born people into the United States, Canada and elsewhere in the 19th century, and the fate of this diaspora — mostly Catholic and poor — from there. 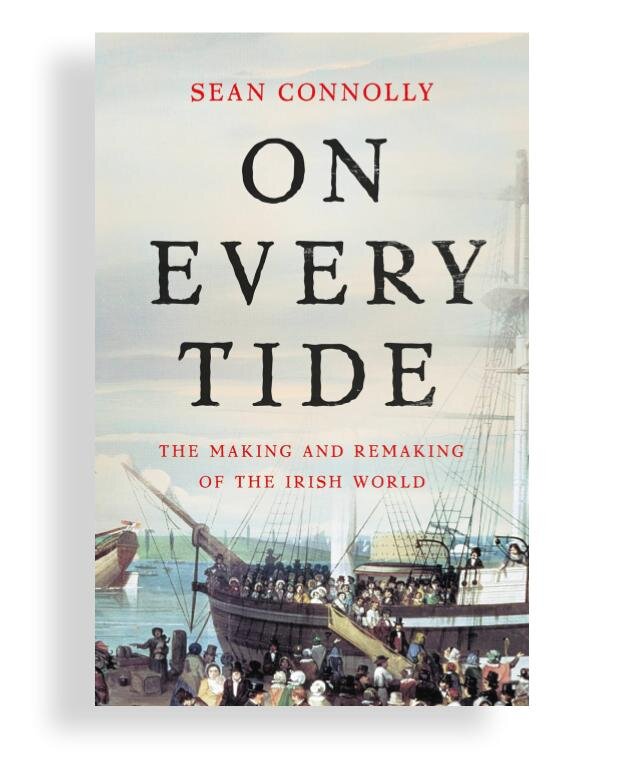 “Connolly covers a huge amount of ground and pulls together a great array of historical scholarship. ... He has a healthy allergy to sentimental and heroic mythmaking, remaining cleareyed about the capacity of the Irish to inflict on others the oppression and belittlement they themselves suffered at home and abroad.”

BEFORE YOU KNEW MY NAME
Jacqueline Bublitz

This gripping debut thriller follows the parallel tracks of two women who both arrived in New York City on the same day. One dies — and she’s the narrator. Nevertheless, Bublitz’s tour de force crackles with life, energy and imagination. 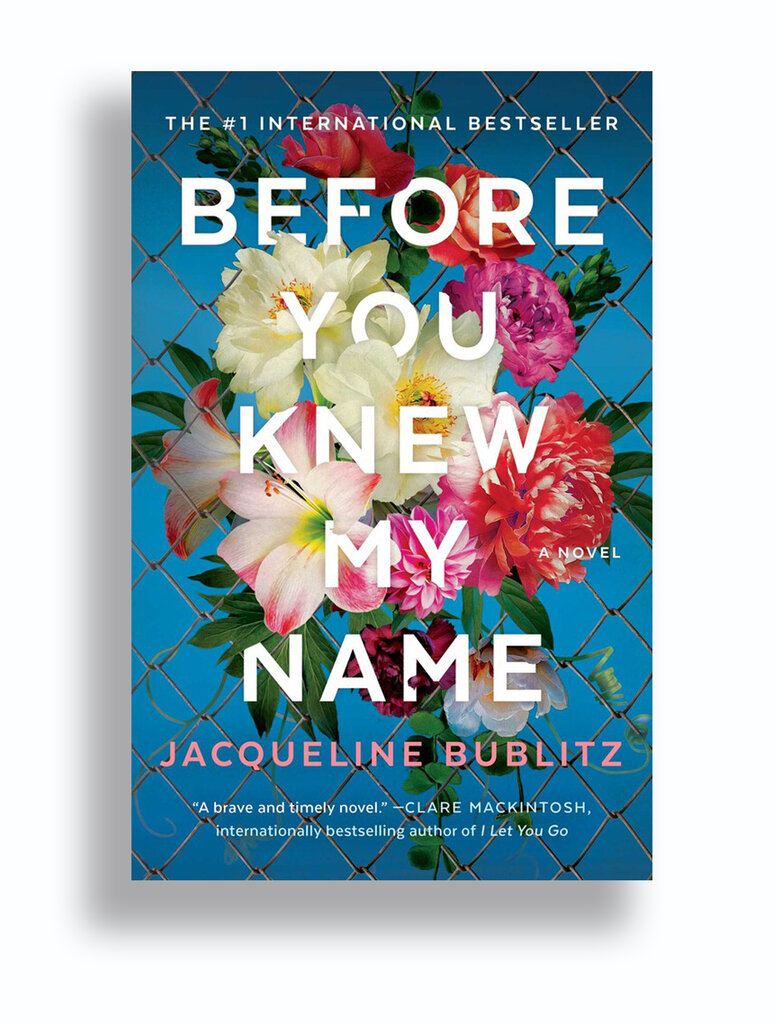 “Bublitz is fearless in tone, writing with fluency and insight about loneliness, sex, shame and death. Many suspense novels are about a death, but few are about death itself. Bublitz makes this avoidance seem both prissy and a bit boring: Why leave so much of the story unexplored?”