The owner is Arkady Volozh, the founder of the Russian tech colossus Yandex, who stepped aside after coming under E.U. sanctions. 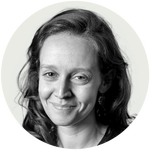 A group of protesters squatting in an Amsterdam property owned by a prominent Russian tech entrepreneur who is under E.U. sanctions can stay, an Amsterdam court has ruled, finding that there was no legitimate reason for it to lie vacant.

Dutch activists (a.k.a. squatters) occupy real estate of @yandex Arkady Volozh in Amsterdam. It's to protest Russia's invasion in Ukraine as well as the slackness of the Dutch government to seize property of Russian oligarchs who are still funding Kremlin's war of destruction. https://t.co/bKOiwvt2Do

The owner is Arkady Volozh, the founder of Yandex, a tech colossus that dominated search and ride-hailing across Russia. Mr. Volozh served as the company’s chief executive, but he and his top deputy stepped aside after the European Union imposed sanctions on both of them, accusing them of abetting Kremlin disinformation.

Mr. Volozh holds an E.U. passport from Malta, but he is not allowed into the bloc under the sanctions, nor is he allowed to sell or rent out the property or make a profit on it, the court ruling last week noted.

The protesters moved in late last month. The property is on an expensive street in the southern part of the Dutch capital overlooking the city’s largest green space, the Vondelpark. The average asking price for a house on the street is about $1.6 million, according to a Dutch real estate website that tracks the value of homes.

One of the reasons that Mr. Volozh had wanted the squatters ousted was that he and his family would occasionally stay there, the ruling noted. Renovations, which started in 2019, were also in their final stages, it said.

But, given the E.U. sanctions, and that he was no longer the chief executive of Yandex, which has an office in Amsterdam, the court ruled he did not have any reason to visit the city.

While home invasion and squatting are punishable offenses under Dutch law, “this isn’t an ‘ordinary’ vacancy,” the court ruling said.

Mr. Volozh plans to to appeal the decision, his lawyer said in a statement to The Guardian.

The squatters are protesting the war in Ukraine and the lack of housing in the Netherlands. Seven are living there, said Heleen over de Linden, a lawyer who represented two of them, and they plan to continue doing so.

Banners hung from the building read, in English, “Against War and Capitalism.”