This briefing has ended. Read the latest developments in the coronavirus outbreak here.

Here’s what you need to know:

The news is terrible, but Wall Street had its best month in decades.

Stocks fell on Thursday, giving up some of their gains from the day before, after reports that showed millions more Americans applied for weekly unemployment benefits and consumer spending collapsed.

The S&P 500 closed down nearly 1 percent, but it was a small retreat in an otherwise strong month for Wall Street. Even with the decline on Thursday factored in, the S&P 500 had its best month since January 1987, a gain that came even as it became increasingly clear that the coronavirus crisis was pushing the United States into a dire economic downturn.

The nearly 13 percent gain this month means the S&P 500 is now up roughly 30 percent from its March 23 low. It’s a rally that has surprised even the most ardent bulls.

“Frankly, I’m shocked by the speed of the rally,” said Julian Emanuel, chief equity and derivatives strategist at the brokerage firm BTIG, who has been expecting a rebound since before the rally began.

The rally, even in the face of crushing economic data, highlights investors’ confidence that things will return to normal sooner than they thought when stocks were collapsing in late February and early March.

Both the Federal government and the central bank have pumped trillions of dollars into the economy and financial markets, lockdown measures appear to be having some success in reducing rates of infection, and some states are laying out the conditions for reopening.

That does not mean the economy is suddenly going to be back on track.

Markets tend to rebound long before any actual improvement in economic fundamentals is apparent, as investors buy shares based on expectations for what will happen later in the year, rather than the current climate. During the last recession, the stock market bottomed in March 2009. But the unemployment rate didn’t begin to drop until October of that year.

It’s also important to recognize that the current rally has been relatively narrow, with an outsize part of the gains for the S&P 500 index attributable to a handful of giant technology companies — Microsoft, Apple, Amazon, Alphabet and Facebook. In April, these companies grew to account for roughly 20 percent of the total value of the S&P.

The rebound in shares of technology companies — in part because their businesses are seen as benefiting in various ways from stay-at-home orders — has been most evident in the Nasdaq composite, which has nearly erased all of its losses for 2020.

With most of the nation on lockdown, technology companies like Amazon and Apple benefited as consumers found other ways to spend their money.

Our Coverage of the Investment World

The decline of the stock and bond markets this year has been painful, and it remains difficult to predict what is in store for the future.

Apple said on Thursday that its revenue grew by nearly 1 percent in the first three months of the year as the company was able to make up for sales declines in China, which was locked down for much of the quarter because of the coronavirus.

The company’s income was bolstered by surging sales of its internet services and the Apple Watch and AirPods.

Apple typically forecasts its sales for the next quarter but declined to do so on Thursday. Analysts expect the current quarter to be much uglier because of virus-related shutdowns around the world.

Apple showed confidence in its financial footing though by announcing another $50 billion in stock buybacks.

The spread of the coronavirus played right into the hands of Amazon’s core businesses, as consumers shopped more online and companies spent more on cloud computing. Those two pillars of Amazon’s business drove sales to their highest on record outside of the holiday shopping season, the company said on Thursday.

Amazon reported that it had $75.5 billion in sales in the latest quarter, up 26 percent from a year earlier, surpassing analyst expectations. Profit fell about 29 percent, to $2.5 billion, because it cost more to meet the increased customer demand.

Amazon’s chief executive, Jeff Bezos, signaled that profit may continue to fall in the near future. The company would typically expect to make around $4 billion in operating profit in the next quarter, but “we expect to spend the entirety of that $4 billion, and perhaps a bit more, on Covid-related expenses getting products to customers and keeping employees safe,” he said in a statement.

A Walmart store in Massachusetts is ordered to close until its workers are tested.

City officials in Worcester, Mass., ordered the closure of a local Walmart store on Wednesday after it was discovered that a number of the workers had tested positive for the virus.

The city said Walmart was complying with the order. The store cannot reopen until all 400 of the workers have been tested and the city’s medical director reviews the results.

It is the second Walmart to be closed in less than a week. On Friday, a Walmart store in Aurora, Colo., was ordered closed by local health officials after employees and shoppers complained of a lack of social distancing, crowding and employees not wearing face masks.

One employee of the store, an employee’s family member and a third-party contractor had died of the virus, according to the Tri-County Health Department in Colorado. Eleven additional confirmed cases were linked to the outbreak at the store.

The store was reopened on Sunday after a deep cleaning. The agency said Walmart had “enhanced metering of shoppers into the store” and employee screening for illness, using tools supplied by the health department.

Mark Zuckerberg said last month that it would remove posts promoting bleach as a cure for the coronavirus, and Twitter last month announced it would delete virus tweets “that could potentially cause harm.” But Facebook, Twitter and YouTube have declined to remove statements by President Trump suggesting disinfectants and ultraviolet light as possible treatments.

By Friday, the day after Mr. Trump’s comments at a White House briefing, mentions of a disinfectant cure on social media and television broadcasts surged to 1.2 million, up from roughly 400,000 on Thursday, according to Zignal Labs, a media insights company. A New York Times analysis found 768 Facebook groups, 277 Facebook pages, nine Instagram accounts and thousands of tweets pushing UV light therapies that were posted after Mr. Trump’s comments and that remained on the sites as of Wednesday.

The social media companies have always tread delicately when it comes to Mr. Trump. Yet their inaction on posts echoing his remarks on UV lights and disinfectants stands out because the companies have said for weeks that they would not permit false information about the coronavirus to proliferate.

Most of the tech companies developed health misinformation policies “with the expectation that there would be a competent government and reputable health authority to point to,” said Renee DiResta, a technical research manager who studies misinformation at the Stanford Internet Observatory. Given that false information is coming from the White House, the companies have been thrown for a loop, she said.

The Justice Department is looking to root out fraud in the Trump administration’s signature economic rescue program, the Paycheck Protection Program, and has requested access to data from the Small Business Administration and more than a dozen of the largest lenders, the department said Thursday.

The $660 billion program, which provides forgivable loans for small businesses that meet certain requirements, has been riddled with problems from its inception, as the government tried to quickly funnel billions of dollars to small businesses through banks.

The program is supposed to help small businesses with fewer than 500 employees keep workers on the payroll, but big companies, including some publicly traded firms, have received loans. Some, including restaurant chains like Ruth’s Chris and Shake Shack, agreed to return their loans after a public outcry.

But dozens of large companies with financial or legal problems have also received large payouts under the program, according to an analysis of the more than 200 publicly traded companies that have disclosed receiving a total of more than $750 million in bailout loans.

The Treasury Department, which is overseeing terms of the program, has vowed to recoup money from companies and has threatened to hold firms that did not meet the program’s criteria criminally liable.

The Justice Department hopes to use data analytics to identify unusual behavior that could possibly indicate fraudulent applications. The effort is modeled after the type of data analytics work that the department already uses to crack down on health care fraud. Prosecutors have long monitored health data, like billing receipts, to root out potential Medicare fraud.

News of the Justice Department’s efforts was first reported by Bloomberg News. 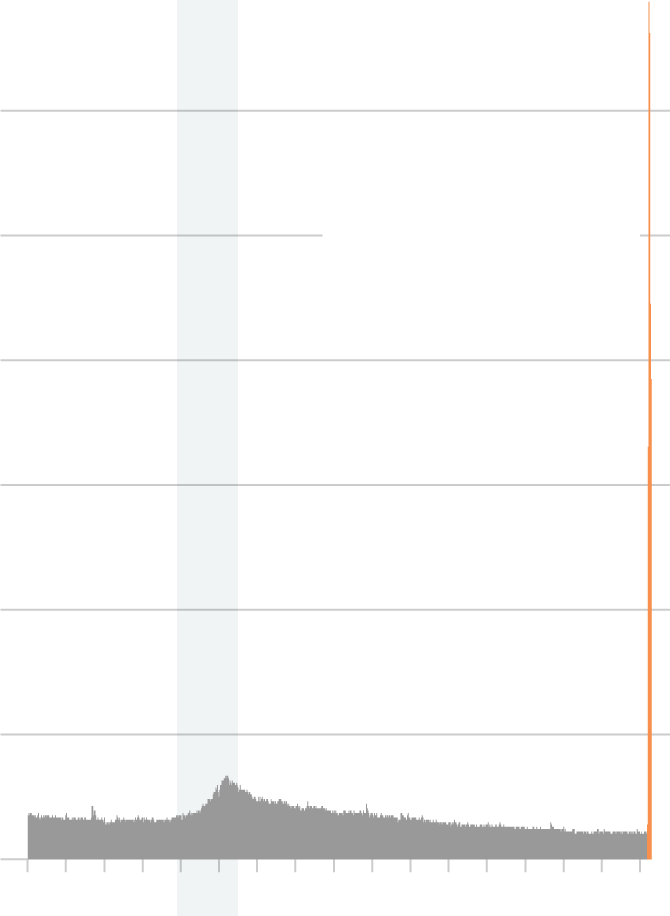 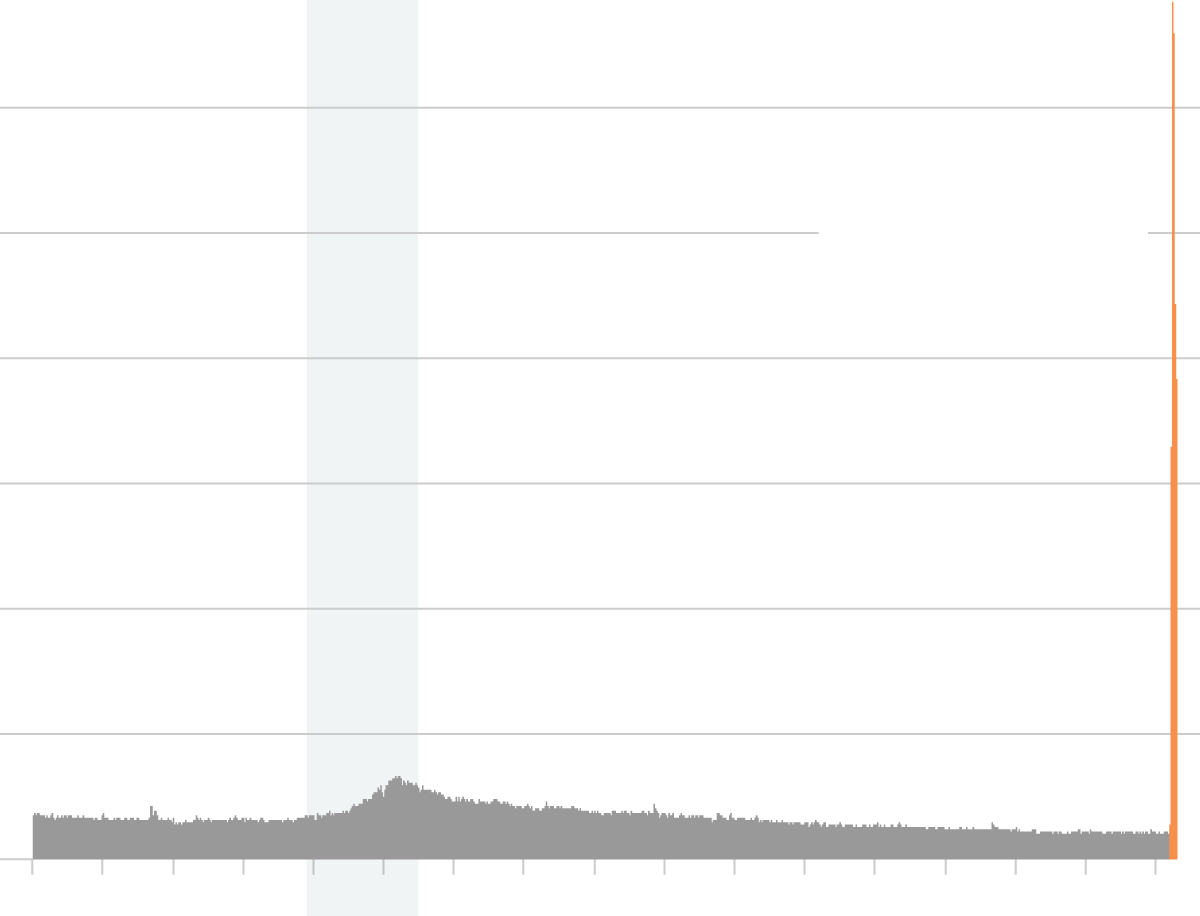 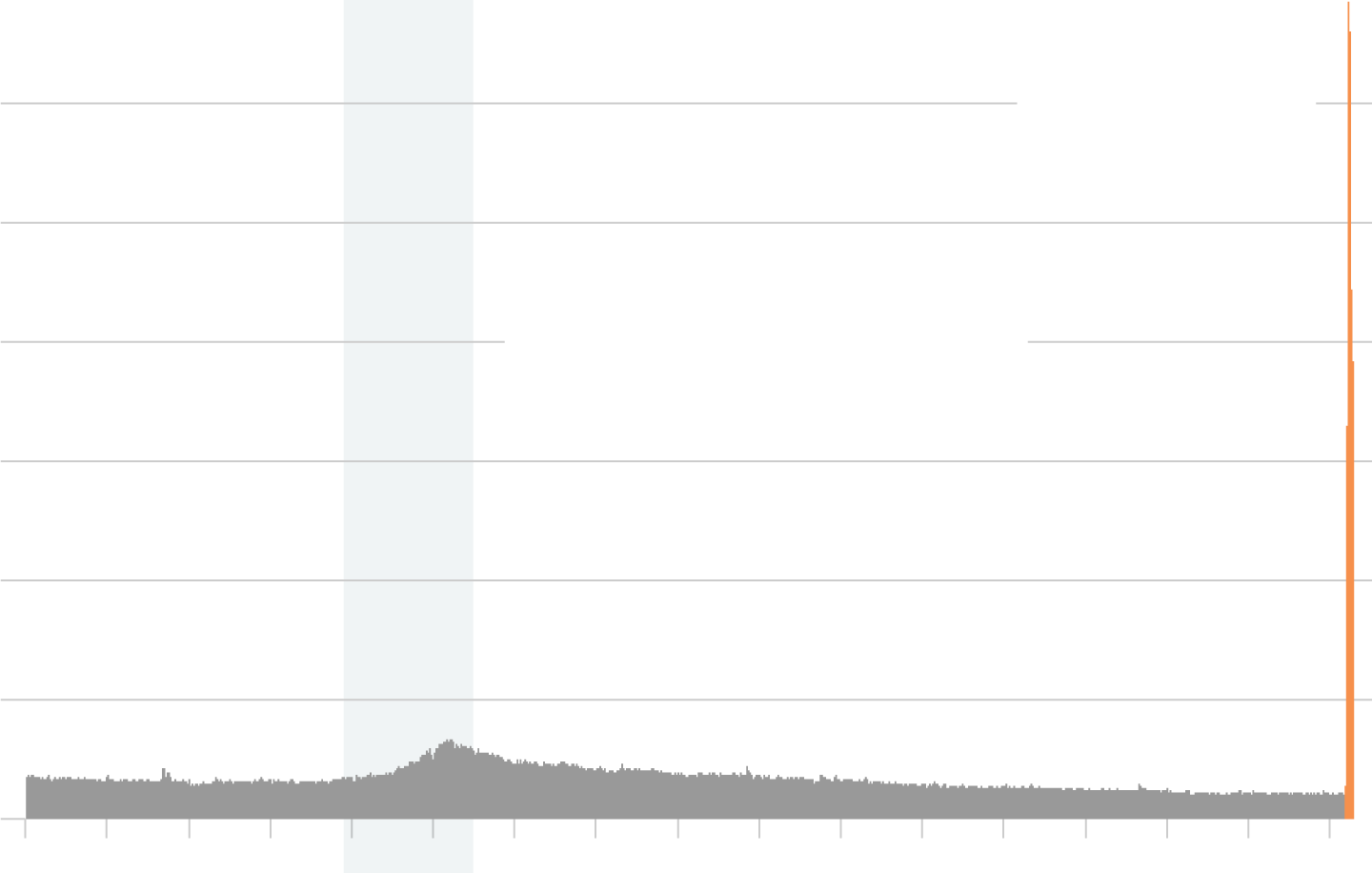 The American economy continues to stagger under the weight of the coronavirus pandemic, with another 3.8 million workers filing for unemployment benefits last week.

The figures announced Thursday by the Labor Department bring the number of workers joining the official jobless ranks in the last six weeks to more than 30 million, and underscore just how dire economic conditions remain.

Many state agencies still find themselves overwhelmed by the flood of claims, leaving perhaps millions with dwindling resources to pay the rent or put food on the table.

If anything, according to many economists, the job losses may be far worse than government figures indicate. A study by the Economic Policy Institute found that roughly 50 percent more people than counted as filing claims in a recent four-week period may have qualified for benefits but were stymied in applying or did not even try because they found the process too formidable.

“The problem is even bigger than the data suggest,” said Elise Gould, a senior economist with the institute, a left-leaning research group. “We’re undercounting the economic pain.”

American Airlines takes a $2.2 billion loss, and other earnings reports.

American Airlines reported a loss of $2.2 billion in the first quarter of the year, a damaging but expected blow in an industry rocked by the pandemic. The company ended the quarter with $6.8 billion in cash on hand and planned to increase that to $11 billion by the end of June, a recognition that the downturn will be prolonged.

“Never before has our airline, or our industry, faced such a significant challenge,” the company’s chief executive, Doug Parker, said in a statement.

Here are the other big companies that reported earnings on Thursday:

Catch up: Here’s what else is happening.