Walden Pond, where Henry David Thoreau settled in semi-seclusion for nearly two years while working on his journals and on “Walden; or, Life in the Woods.”Credit...Cody O'Loughlin for The New York Times 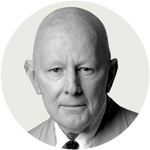 During most of his life Henry David Thoreau was, by conventional standards of success, a failure. He rarely left the farm town of Concord, Mass., where he was born in 1817. There he was viewed by at least some of his neighbors as a marginal figure, standoffish, politically radical, a loner, a crank. As a member of the New England literary world he cut a graceless figure and had an inauspicious professional start.

His first book, “A Week on the Concord and the Merrimack River,” self-published in 1849, was a bust. He sold a mere fraction of its 1,000-copy press run. When the printer dumped the remainders on him, Thoreau stacked them up in his bedroom and wrote in his journal: “I now have a library of nearly nine hundred volumes, over seven hundred of which I wrote myself.”

His second book, “Walden; or, Life in the Woods,” based on his experience of living in a one-room cabin and in a state of rural semi-self-quarantine, found more readers. And, crucially, they were ardent ones. From the book’s first appearance in 1854 his star began to rise. And within 10 years of his death in 1862, at 44, he was famous enough to be honored with a public monument.

An odd monument it was: a loose pile of stones set on the site of the one-room cabin Thoreau built at Walden Pond. The pile, usually referred to as a cairn, seems to have begun as an improvisation. In the summer of 1872, the suffragist Mary Newbury Adams, a Thoreau fan, visited Concord and asked to be taken to Walden. Her guide was the utopian thinker Bronson Alcott, one of Thoreau’s oldest friends. By this point, any physical trace of Thoreau was long gone and there was nothing to signal the site’s significance. Adams wanted to change that.

In his diary Alcott writes: “Mrs. Adams suggests that visitors to Walden shall bring a small stone for Thoreau’s monument and she begins the pile by laying stones on the site of his hermitage.” He too added a stone that day, as did members of a local church group who happened to be picnicking nearby. Word went out and the custom spread as, over the years, more pilgrims came. (I was one of them.) The heap of stones, most harvested from the pond’s edge, is still growing (and shrinking; some people take stones away as souvenirs). Like many religious shrines, it’s organic, in perpetual flux.

There are many different Thoreaus to commemorate: the environmentalist, the abolitionist, the ethnologist, the globalist, the anti-imperialist, the Yankee saint who earned the devotion of Tolstoy and Gandhi and Martin Luther King Jr. But to me, as a visitor to Walden since childhood, the cairn means most as the marker of an event: Thoreau’s two-year-plus experiment in self-isolation. It’s a condition many of us are experiencing during the present pandemic moment. And we can learn a lot from what Thoreau created from it: constructive solitude.

It’s important to note that his isolation was not the sheltering-in-place kind. It was not enforced (unless you consider life-style decisions made by a driven personality and deeply principled thinker to be beyond free choice). And his apartness was far from total. He went into Concord several times a week to catch up on gossip and have dinner with his relatives. At Walden, he entertained guests and enjoyed regular chats with Irish laborers who worked on a railroad line close to the pond.

At the same time, social distancing came naturally to him. He was, or could be, an irritable and thin-skinned guy, someone for whom the human species was a problem. (“I do not value any view of the universe into which man and institutions of man enter very largely,” he wrote.) When he was in a misanthropic mood, six to eight feet of separation wasn’t nearly enough. Try a mile and a half, which was the approximate distance from Walden to the center of town.

But if the Walden cabin, about the size of a garden shed, was in some sense a retreat, a refuge from “the noise of my contemporaries,” it had many more positive functions: it was a studio, a laboratory, an observatory, and a watchtower. Reading “Walden” — or, better, his more lucidly written journals — as I have done these last weeks, we sense that Thoreau viewed the Walden outpost less as a defensive necessity than as a place of opportunity where he could do what he could not easily do in the everyday world: namely, concentrate, focus, which I’ve always suspected was a way for him to handle incipient anxiety and despondency.

For one thing, he had that first book to write — an account of a boat trip he had taken several years earlier with his older brother John. The book would be Thoreau’s first attempt at the blend of field research, philosophy and autobiography that would become his signature mode. More important, the book would be a memorial to his beloved brother whose death from tetanus at 27 — he had nicked himself while shaving — shadowed Thoreau’s life.

He used his semi-seclusion at Walden, which began in July 1845 and ended in September 1847, to pursue an intensive course in self-education, one that required undistracted reading. “Books must be read as deliberately and reservedly as they were written,” he wrote. The list he compiled was long, ambitious and culturally far-reaching, stretching from Classical Greece to Vedic India.

In a letter to a friend he wrote: “The yogi, absorbed in contemplation, contributes in his degree to creation; he breathes a divine perfume, he hears wonderful things. To some extent, and at rare intervals, even I am a yogi.” He made his time at Walden one of those intervals.

(Interestingly, during the present lockdown, several of my friends have returned to a practice of meditation that their pre-pandemic lives had left little time for.)

The education further entailed a total immersion in Nature — in plants, in seasons, in stars, in all creatures four-legged, winged and scaled. For Thoreau, Nature was a communicating consciousness, and he wanted to make himself available to it, antennas raised. Full receptivity required removal from ego-driven clamor, which was how, in his most stressed moments, he viewed human discourse.

Finally, he used his set-aside time at Walden to clarify his political thinking. For Thoreau, revolution began at home, one person at a time. “We must first succeed alone,” he wrote, “that we may enjoy our success together.” It was while living at Walden that he spent a night in jail for refusing to pay taxes that he saw as contributing to a warmongering, slavery-supporting government. At Walden he wrote the lecture that he would later shape into the essay known as “Civil Disobedience.”

Thoreau left Walden in 1847 to take a job as a caretaker in the household of his off-and-on friend Ralph Waldo Emerson, who owned the land on which Thoreau had built his cabin. His departure was both sudden and logical. “I left the woods for as good a reason as I went there. Perhaps it seemed to me that I had several more lives to live, and could not spare any more time for that one.”

And he did have more lives, many; he once listed some of them: “I am a Schoolmaster — a Private Tutor, a Surveyor — a Gardener, a Farmer — a Painter, I mean a House Painter, a Carpenter, a Mason, a Day-Laborer, a Pencil-Maker, a Writer, and sometimes a Poetaster.” And this makes no mention of the activist, the naturalist, the moral philosopher, the self-exile and the utopian-community-of-one — that is, the Thoreau we care most about now.

You might think of each stone on the Walden cairn as commemorating one of these identities or several intertwined. In his view, purposeful solitude and justice-minded community were codependent, the source of long-term social health. He knew what his view was up against: among other things, America’s antsy addiction to distraction and its led-by-the-nose, corporation-fed faith in utopian technology.

And the call for civil resistance — individual and collective — that issued from his Walden shelter? It is still hot-to-the-touch. Thoreau was not a pacifist. He vehemently supported the armed raid led by the abolitionist John Brown at Harpers Ferry. When Brown was hanged, Thoreau delivered a furious public speech in Concord, standing under an upside-down United States flag. Surely the Civil War, underway when he died, came as no surprise.

But the monument of stones at Walden is the opposite of angry, or declarative or, for that matter, monumental. It speaks of aloneness-within-solidarity — a message we need to hear these days — in a homely down-to-earth way, one that Thoreau, who scorned all pomp and eye-baiting elegance (he once described himself as a “stuttering, blundering clod/hoper”) might have approved of.

It’s a monument designed by no one, built by everyone. It’s assembled one piece at a time, over time, by individuals who will never meet, but who, in our devotion, form a community of souls. It’s a monument that honors the dead, but is living, changing, growing. During the present crisis that is isolating us, this monument has the potential to bring us together: It is an instructive emblem to contemplate, and a consoling one.