Tennis|A Tennis Coach Was Abusing Minors. Should the Sport’s Federation Have Known?
https://www.nytimes.cf/2020/04/04/sports/tennis/tennis-sex-abuse-safesport.html 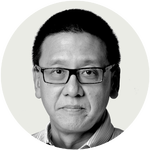 RICHMOND, Calif. — At a meeting in Chicago in September 2014, the head of the United States Olympic Committee took note that a new initiative to protect athletes from abusers had support from every sport’s governing body except one: the United States Tennis Association.

Gordon Smith, the tennis association’s executive director and chief operating officer at the time, stepped forward to explain, according to minutes of the meeting. He objected to a “single mandatory national entity” overseeing abuse cases across federations and, over the objections of representatives for gymnastics, volleyball and wrestling, he said that a sport should be able to “opt out of the centralized structure” if it could police itself.

Whether the U.S.T.A. could police itself, though, was another matter.

Just months earlier, a prominent U.S.T.A. coach from the Bay Area had been arrested a second time on charges of abusing one of his teenage players.

That coach, Normandie Burgos, would go on to coach for three more years, until 2017, when yet another abused player, working with the police, secretly recorded him admitting to having sex with a minor. Convicted last May of 60 counts of child molestation, Burgos, 56, is now serving a 255-year prison sentence.

There is no public record of the U.S.T.A. having taken any action against Burgos. Despite being a convicted sex offender, he is not listed in the database of the U.S. Center for SafeSport, an independent body created to track abusive coaches, trainers and others with access to athletes.

Burgos’s ability to have direct access to children for so many years lies at the heart of a new lawsuit filed by one of his victims against the U.S.T.A., its Northern California affiliate and the coach’s tennis charity. The charity also ran afoul of tax laws, records show.

The case highlights one of the most pressing questions about sports in America: the extent to which governing bodies, like the U.S.T.A. or even the United States Olympic & Paralympic Committee, are accountable for coaches under their umbrella who abuse children.

The tennis player who recorded Burgos, Stevie Gould, said he was repeatedly abused for two years, including at hotels during U.S.T.A. tournaments in other states. “The light bulb went off” to report what was happening, he said, when the coach started to groom another, younger player for sex. That player was the child of working-class immigrants and, like Gould, was given free rackets, clothes and lessons.

“I could see the patterns” of targeting vulnerable children, Gould, 19, said in an interview at his parents’ home in Marin County, Calif. “I could see the kid becoming more and more indebted to Burgos.”

Said his mother, Mary Gould, “He rose up and stood up for all of the others who could have been next.”

Chris Widmaier, a U.S.T.A. spokesman, said, “We’re not going to comment on specific litigation, but we are quite confident that we acted in the appropriate manner.”

He said the association had taken the position in 2014 that other sports could not match what he described as the organization’s yearslong and well-financed effort to make athlete safety a top priority.

“We didn’t want to go backwards,” Widmaier said. Since then, however, the organization has endorsed the Olympic committee’s initiative, which became the U.S. Center for SafeSport in 2017.

Yet SafeSport compiles lists based largely on action taken by federations, which is why the disciplinary procedures of those organizations tend to be the focus of scrutiny and complaints.

Alex Rodriguez, the mother of a player Burgos had coached who was not abused, contended that the U.S.T.A. “dropped the ball, because they made it appear like this was a safe place for the kids to go. Shouldn’t there have been more oversight from the U.S.T.A. about him interacting with children?”

An immigrant from the Philippines, Burgos grew up in Southern California as the son of a U.S. Navy veteran who had worked in the White House as a cook, according to a police report. A former college tennis player, Burgos became a popular teacher and coach at Tamalpais High School, part of an affluent community amid the leafy, rugged hills of Marin County. Burgos catapulted a bottom-rung team into a Marin powerhouse. Appreciative parents sent him on an all-expenses-paid trip to Wimbledon one year, according to court documents and interviews.

Then, in 2006, Burgos was arrested after students reported that he had touched them inappropriately during massages and various physical exams.

He was fired from the school, and his teaching credentials were revoked, but a large and vociferous band of tennis players and their parents rallied around him. They swarmed court hearings and public meetings, unnerving witnesses, Lori E. Frugoli, who prosecuted the case and is now Marin’s district attorney, recalled during an interview at her office. Supporters also raised at least $15,000 for his legal expenses, parents said.

According to transcripts from the trial in 2010, one student testified that Burgos had put a sleeping mask over his head and eyes, supposedly to help him relax, before massaging him and touching his penis.

Yet jurors could not reach a verdict. A mistrial was declared. And Burgos, a gay man who had accused his critics of homophobia, became emboldened, prosecutors now say, doubling down on his efforts to become one of the region’s leading figures in youth tennis.

He created the Burgos Tennis Foundation and offered gritty instruction at half the price of private clubs. He stressed intense conditioning and relished using well-worn tennis balls to practice on rundown public courts. Marketing himself as being “certified as a trainer at the highest levels” by the United States Professional Tennis Association, he received U.S.T.A. travel grants allowing his teams to represent Northern California in national tournaments, according to interviews and records. He required pupils to earn good grades, and he sponsored an annual U.S.T.A. event geared toward underprivileged children.

Burgos’s pitch, several parents said, was that his foundation was a nonprofit and that he received funding from the U.S.T.A. to help level the playing field for disadvantaged players.

He drove his favorite players across the Richmond-San Rafael Bridge, past San Quentin State Prison, for private lessons and workouts at his condominium complex in Richmond.

Then Burgos got into trouble again. In 2014, a top player told the police he had been abused for almost two years, beginning at age 14.

Burgos had persuaded the athlete, who was raised by a single mother in subsidized housing in Marin County, and at least one other boy to switch to an alternative high school with a flexible schedule, in order to carve out more one-on-one practice time.

“I was super excited to play on the team and play actual matches with U.S.T.A. refs, U.S.T.A. coaches, and against U.S.T.A. teams,” said the player who went to the police in 2014.

The boy reported the abuse to the police and to the U.S.T.A. But absent corroborating evidence, Burgos was released.

Burgos next targeted Gould, another top prospect who dreamed of playing college tennis.

“Both of these boys realized that these doors of opportunity that were being opened could have just as easily been closed if they refused,” Jordan R. Sanders, a Contra Costa deputy district attorney who tried the case, said in an interview at his office. “They realized, ‘He could easily blacklist me or say don’t recruit me.’”

Looking back, Gould wonders if tennis officials were trying to act against Burgos as early as 2015. At the U.S.T.A. Junior Team Tennis national championships in South Carolina that year, just months after Burgos had begun abusing him, Gould was told shortly before a match that his coach would not be allowed on the court.

Steve Leube, then the executive director of U.S.T.A. Northern California, who delivered the message to the Goulds, did not provide a reason at the time, the family said. Burgos coached and molested Gould for two more years.

“It was very confusing,” said Gould, now a tennis player at the University of San Francisco.

Reached by phone, Leube said, “I didn’t know about this lawsuit, so I’m not going to be able to comment at this time.”

The current executive director, Kevin Craig, did not respond to messages.

After reporting the abuse in February 2017, Gould confronted Burgos on a tennis court and, at the direction of the police, used a hidden wire to record what the coach was saying and to videotape him. But Burgos, perhaps wary, created enough background noise so that his voice was not effectively recorded.

The police arranged a second meeting, during which Burgos confirmed the crimes to Gould while being recorded. As Gould drove away, tailed by Burgos, police officers surrounded the coach and arrested him.

Burgos was sentenced in August 2019 to 255 years in prison, despite letters from tennis parents and others asking for leniency. One longtime high school coach, calling the program “a refuge for many players,” credited Burgos with instilling “discipline, resiliency and toughness in those students.”

Michael Coffino, a lawyer for Burgos, said, “There were significant legal errors in the trial that are on appeal right now, so I can’t comment further at this time.”

What confounds Laurie Kimbrel, the Tamalpais schools superintendent who pushed to revoke Burgos’s credentials, is that no one in the tennis establishment contacted the district to vet Burgos after the well-publicized 2010 trial.

“You can literally Google someone’s name and teaching certificate, and find out it was a permanent revocation,” said Kimbrel, now a professor of education at the University of West Georgia. “There’s no bigger red flag than that.”

Another red flag was Burgos’s foundation. He never registered the charity, and the state’s Franchise Tax Board suspended the foundation in 2013 for failing to file any tax returns.

After inquiries from The New York Times in February, Xavier Becerra, the California attorney general, demanded that the foundation cease doing business and fined it $9,000 for a slew of violations. Becerra also ordered the preservation of all communications with donors and other records — a possible prelude to charges.

The athlete who reported Burgos in 2014 anonymously filed a lawsuit in January in Alameda County, contending that the U.S.T.A. knew of Burgos’s history. Gould’s family is expected to join the lawsuit soon, said their lawyer, Robert Allard.

Last year, shortly before Gould testified in the criminal trial, U.S.T.A. Northern California unexpectedly nominated him for a national sportsmanship award with past winners that included the professional players Sam Querrey and Alison Riske. Gould was named one of two winners after the verdict. He even received an email on May 16 from Patrick J. Galbraith, president and board chairman of the U.S.T.A., that read, “Congrats Stevie!”

The U.S.T.A. videotaped interviews with the Goulds and others as highlights for the award presentation. But only after the Goulds flew to New York for a ceremony during the United States Open did they realize how big and powerful the organization was.

“I am literally being given an award by the U.S.T.A. in the middle of this room of 500 people in suits,” Gould said. “I had to shake hands with so many different people that did absolutely nothing throughout the entire time when I was being abused.”